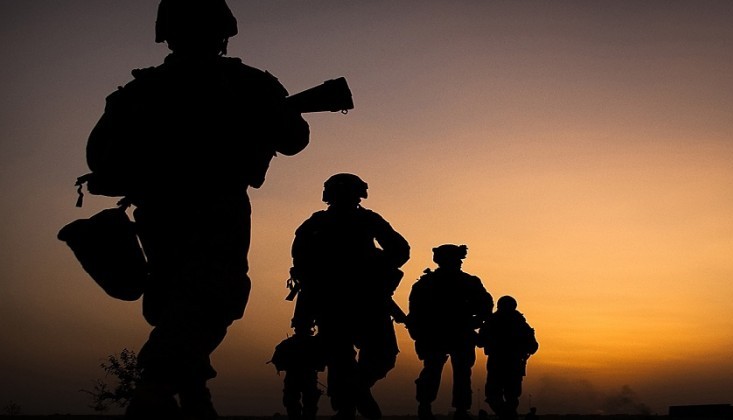 For the last 30 days at least, 350-odd Indian soldiers have been standing in a human chain, eyeball-to-eyeball with Chinese troops at Dokalam in Bhutan, NDTV reports.

Armed, but guns pointed down, the two lines of soldiers stand just metres apart. The lines stretch across 500-odd meters, in an area located roughly 15 km from the Nathu La pass.

The stand-off has persisted since June 6.

On the rugged terrain, around 4,500 metres above the sea level, the air is thin. The soldiers of the Indian Army are replaced every two hours. The face-off continues round the clock.

China's target, sources say, is the Jamphari Ridge which lies south of Dokalam Control over it would mean that China will virtually overlook the "Chicken's Neck" - a thin stretch of land that links mainland India to the seven northeastern states. At its widest, the Chicken's Neck stretches for just 23 km.

The dispute is over where India, China and Bhutan meet. India claims the tri-junction is at Batang La. China claims it is at Gymochen, 6.5 km further south.

China contends that Indian soldiers had crossed the border to stop it from constructing a road on a plateau in what it calls the Donglang region. India sides with Bhutan, which claims that the road was built on its soil - an area it calls Dokalam -- which is a plateau about 30 km north as the crow flies, of the tri-junction between India, China and Bhutan.

Amid the stand-off, the Chinese army has conducted military drills in nearby Tibet, which included targeting enemy aircraft and tanks.