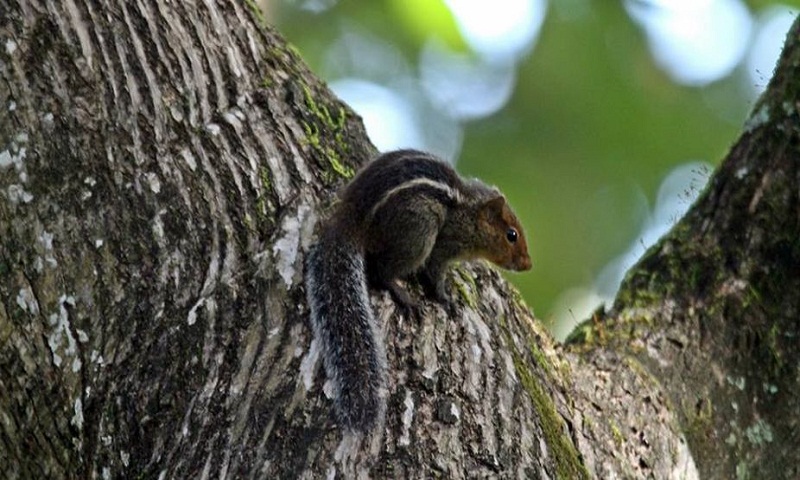 The humble squirrels can remember problem-solving techniques for long periods and can apply them to new situations, new research has found.

The scientists from University of Exeter in Britain found grey squirrels quickly remembered how to solve a problem they had not seen for almost two years.

The squirrels also quickly worked out how to use those skills in a redesigned version of the test.

"This might be why grey squirrels can survive very well in towns and cities," said Pizza Ka Yee Chow of Exeter's Centre for Research in Animal Behaviour.

"For example, they're very good at getting food from bird feeders," Chow added.

"People may try different types of bird feeders to keep the squirrels away, but this research shows grey squirrels can not only remember tricks for getting food but can apply those skills in new situations," Chow said.

In the study, published in the journal Animal Cognition, a group of squirrels were given a task identical to one they had tried 22 months earlier, in which they had to press levers to get hazelnuts.

In that first experience, the squirrels improved with practice -- taking an average of eight seconds on their first attempt and just two seconds by the final time they tried it.

Trying again for the first time in 22 months, they took an average of just three seconds to get a hazelnut.

Grey squirrels are known to have good long-term memory -- they are "scatter-hoarders", collecting and hiding thousands of nuts every autumn.

"Previous research at Exeter has shown that their memory for the locations of hidden nuts is excellent," said co-author Professor Stephen Lea.

"This is not just remembering where things have been left, it shows they can recall techniques which they have not used for a long time," he said.