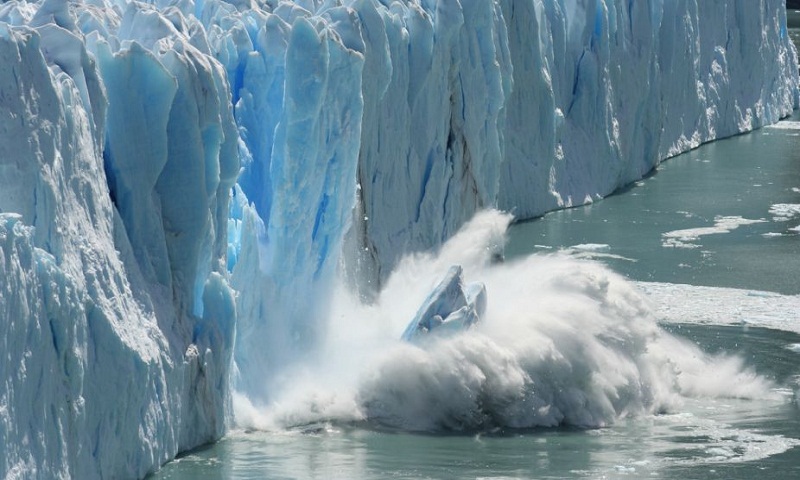 Arctic winter warming events -- winter days when temperatures peak above minus 10 degrees Celsius -- are becoming more frequent and lasting longer than they did three decades ago, a new research has found.

The study, published in the journal Geophysical Research Letters, showed that since 1980, an additional six warming events are occurring each winter in the North Pole region.

The average length of each event has grown from fewer than two days to nearly two and a half days, the findings showed.

In the most recent years of the study, each warming event was associated with a major storm entering the region. During these storms, strong winds from the south blow warm, moist air from the Atlantic into the Arctic.

"The warming events and storms are in effect one and the same," said Robert Graham, a climate scientist at the Norwegian Polar Institute in Tromso, Norway, and lead author of the new study.

Because autumn and winter is when Arctic sea ice grows and thickens, warmer winter air temperatures will further impede ice growth and expansion, accelerating the effects of global warming in the Arctic.

The international team of researchers that includes NASA scientists arrived at the results by gathering and analysing data from field campaigns, drifting weather stations and buoys across the Arctic Ocean from 1893 to 2017, as well as the ERA-Interim record, a global atmospheric reanalysis provided by the European Centre for Medium-Range Weather Forecasts in Reading, UK, from 1979 to 2016.

The findings build on other recent evidence of Arctic winter warming.

At the end of December 2015, scientists recorded a temperature of 2.2 degrees Celsius in the Central Arctic, the warmest temperature ever recorded in this region from December through March.

"This new study provides the long-term context we were missing, using direct observations going back the end of the 19th century. It shows that these warm events have occurred in the past, but they were not as long-lasting or frequent as we're seeing now," said Alek Petty and Linette Boisvert of NASA's Goddard Space Flight Center in Greenbelt, Maryland.