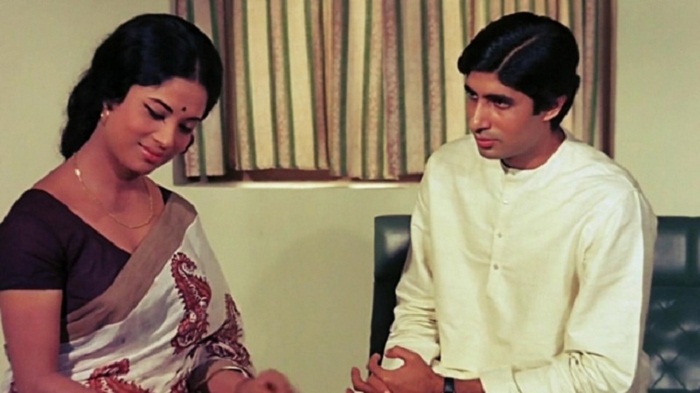 KOLKATA: Veteran Hindi and Bengali actress Sumita Sanyal has passed away at the age of 72.

She made her debut in Bengali film— 'Khokhababur Pratyabartan' in the year 1960.

She had done a considerable bout of work in the Bengali language film industry but as far as her Bollywood career is considered, the most notable one was Anand in 1970 opposite Amitabh Bachchan, which also featured Rajesh Khanna.

Sumita Sanyal was married to film editor Subodh Roy and they have a son.

She acted in over 40 Bengali films including 'Sagina Mahato' opposite Dilip Kumar and in the lead role in 'Kuheli' alongside Biswajit and Sandhya Roy.

She is also remembered for her performances in Hindi films like 'Guddi', 'Aashirwad' and 'Mere Apne'.

Her father was Girija Golkunda Sanyal. The news of her death was tweeted by ANI and so far no information about cause of death has been revealed.

Meanwhile, Chief Minister of West Bengal Mamata Banerjee tweeted her condolences. She posted, "Saddened at the passing of veteran actress Sumita Sanyal. My condolences to her family, friends and fans"