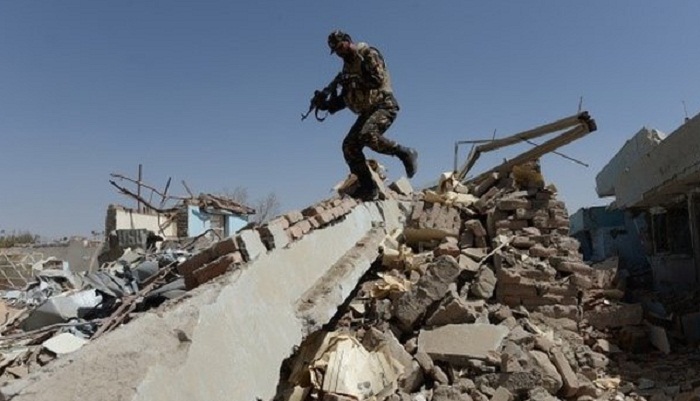 The number of civilian deaths and injuries in Afghanistan rose by 22% in 2014, the United Nations says.
A total of 3,699 Afghans killed and 6,849 injured made 2014 the deadliest year since the UN began keeping records in 2009.
For the first time more people were killed in battles between the Taliban and government forces than by roadside bombs, the figures show.
Foreign troops formally ended their combat role last December.
Fighting between government forces and the Taliban accounted for just over a third of civilian casualties, while roadside bombs were responsible for 28% of civilian deaths and injuries, UN Special Representative Nicholas Haysom said, presenting the latest figures in Kabul.
Intensified ground fighting is also reflected in the latest figures published by the International Committee of the Red Cross (ICRC).
In 2014, the Red Cross transported 37% more wounded combatants from the battlefield to health centres, while it more than doubled its recovery of bodies.
Suicide attacks accounted for 15% and assassinations by the Taliban for 11% of civilian casualties, according to the UN figures.
In December alone, the UN recorded over 500 civilian deaths as the Taliban, who were ousted from by a US-led coalition in 2001, launched a wave of attacks as foreign troops pulled out.
The Taliban have in the past denied that they are responsible for the majority of civilian casualties, describing the UN as biased.
The UN figures also show the highest recorded losses for the Afghan army and police with nearly 5,000 killed in 2014.
An increase in civilian casualties due to intensified ground fighting between government forces and the Taliban was first flagged up when the UN published its figures for the first half of 2014 in July.
Since it began recording civilian casualties in 2009, the UN has recorded almost 18,000 deaths and almost 30,000 injuries.