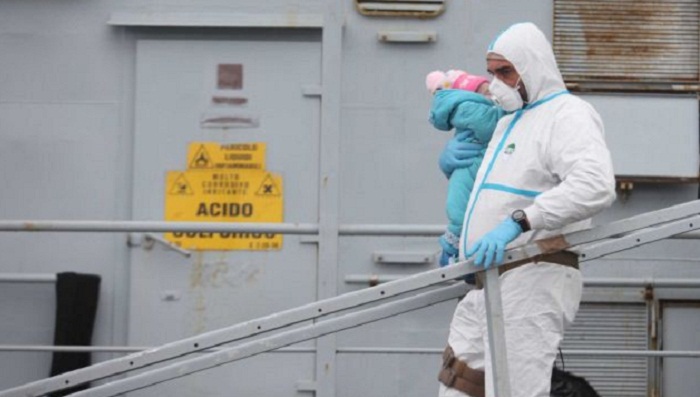 ROME — Italy pressed for swifter action Wednesday by the United Nations to find a political solution to Libya's rapidly deteriorating security situation.
Foreign Minister Paolo Gentiloni, speaking in Parliament, urged the world to "quicken its pace before it is too late."
Egypt this week launched airstrikes in neighboring Libya after the Islamic State group posted a video of the beheadings of 21 Egyptian Coptic Christians there.
Hours before a U.N. Security Council emergency meeting, Gentiloni said the United Nations must "double its efforts" to promote political dialogue among Libyans who are divided among competing militias, Islamist factions and tribal rivalries. Gentiloni said the only solution to Libya's problems is a political one.
Last week, Italy appeared to be supporting military intervention but Premier Matteo Renzi has since stressed diplomacy. A Feb. 11 meeting in Ghadames, Libya, among Libyan factions, appeared to be "a step in the right direction," Gentiloni said.
Italy is ready to monitor any cease-fire, contribute to peacekeeping efforts, repair infrastructure and provide military training so militias can be folded into the regular army, he said.
Italy, Libya's former colonial ruler, had close economic and political relations with Tripoli during the long rule of dictator Moammar Gadhafi, who was ousted in 2011.
With Italian islands only a few hundred kilometers (miles) from Libya, Italy has borne the brunt of waves of migrants who are smuggled across the Mediterranean from Libya. Officials say more Libyan chaos could swell the numbers of migrants fleeing war in Syria and other conflicts.
Italian authorities have also raised fears that terrorists backing the Islamic State group might mingle among the trafficked migrants and reach Italy by sea.