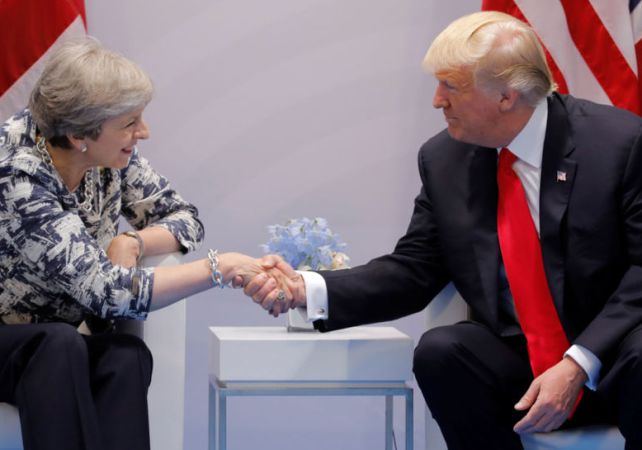 US President Donald Trump has said he expects a "powerful" trade deal with the UK to be completed "very quickly", BBC reports.

Speaking at the G20 summit in Hamburg, he said he would go to London. Asked when, he said: "We'll work that out".

The US president is holding talks with UK Prime Minister Theresa May to discuss a post-Brexit trade deal.

It is one of a series of one-to-one meetings with world leaders which will also see May hold trade talks with Japanese Prime Minister Shinzo Abe.

Ahead of their meeting, Trump hailed the "very special relationship" he had developed with May.

"There is no country that could possibly be closer than our countries," he told reporters.

"We have been working on a trade deal which will be a very, very big deal, a very powerful deal, great for both countries and I think we will have that done very, very quickly."