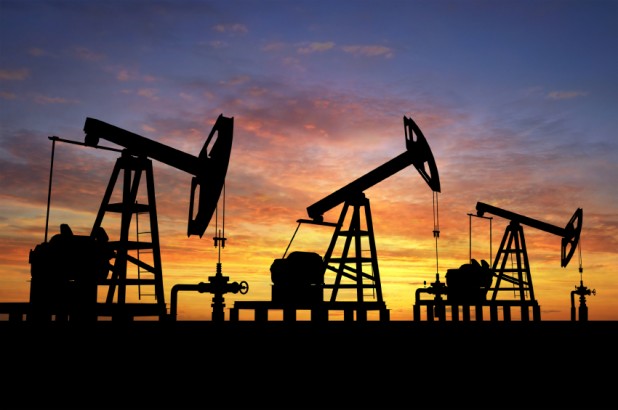 Asian energy firms sank Thursday following a plunge in oil prices while equity traders remained on edge after North Korea's latest missile test and warnings from the US it would use force to deal with the nuclear-armed state.

Crude fell around four percent Wednesday on renewed concerns about a global supply glut that overshadowed data pointing to a drop in US stockpiles.

Investors are worried that an output cut agreed by OPEC and Russia will not be enough to offset rising production from the US and other nations including Libya and Nigeria.

"Gasoline demand has increased because of the US driving season and that's a good sign for the market," Barnabas Gan, an economist at Oversea-Chinese Banking Corp. in Singapore, told Bloomberg News.

But he added: "The rally is still extremely fragile and any signs which point to a higher supply environment into the second half could be a factor for oil prices to fall further."

Oil had surged around 10 percent since mid-June on bargain-buying -- having dived about a fifth over the previous four weeks on supply worries.

While the commodity edged up Thursday in Asia, Hong Kong-listed PetroChina and CNOOC were each down around 1.5 percent in the morning. Santos and Woodside Petroleum slipped in Sydney and Inpex was down one percent in Tokyo.

Broader equity markets swung back into negative territory on lingering worries about the North Korea crisis after it tested its first missile able to reach the United States.

At the United Nations, the US led a push for tougher sanctions on the hermit state, with Ambassador Nikki Haley saying it was working on a draft resolution imposing sanctions on Kim Jong-Un's regime.

She called the launch a "sharp military escalation" that made "the world a more dangerous place", adding President Donald Trump was ready to use military force if all diplomatic avenues are exhausted.

The escalation comes days before Trump heads to Germany for his first G20 summit, which was already expected to be testy for the new president following his recent outbursts over global trade and NATO.

Sydney lost 0.2 percent and Seoul was off 0.1 percent while Singapore and Taipei also fell.

The dollar was little moved after minutes of the Federal Reserve's June meeting indicated interest rates would rise again this year as expected but provided no clarity on the bank's plan to wind down its multi-trillion-dollar investment holdings.

Traders are now awaiting the release of key US jobs data on Friday for a better handle on the state of the world's top economy.