Gazprom to start new gas deliveries to China by end-2019 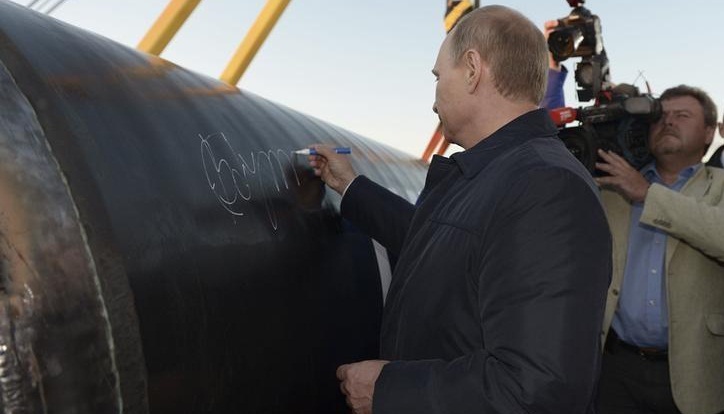 Russia will start supplying gas to China through a new pipeline by the end of 2019, state gas giant Gazprom said Tuesday, as part of a mammoth $400-billion deal.

"Today a deal was signed...about the date of the start of gas deliveries through the 'Power of Siberia' pipeline. It is December 20, 2019," Gazprom boss Alexei Miller told journalists.

After a decade of negotiations, Russia inked a mammoth 30-year deal in May 2014 to supply its key eastern neighbour with natural gas through a pipeline for the first time.

Construction began in September 2014 on the 4,000-kilometre (2,500-mile) "Power of Siberia" pipeline to connect Yakutia's gas fields with the Sea of Japan (East Sea) and also with the Chinese border.

Miller said that the project was now moving into a "key phase" and was being carried out "strictly on schedule", adding that he had "no doubts" the 2019 delivery deadline would be met.

The agreement Tuesday between Gazprom and the China National Petroleum Corporation came as part of a visit to Moscow by Chinese leader Xi Jinping.

Moscow and Beijing have ratcheted up trade and cooperation in recent years as the Kremlin has increasingly looked east after its ties with the West collapsed over the Ukraine crisis.