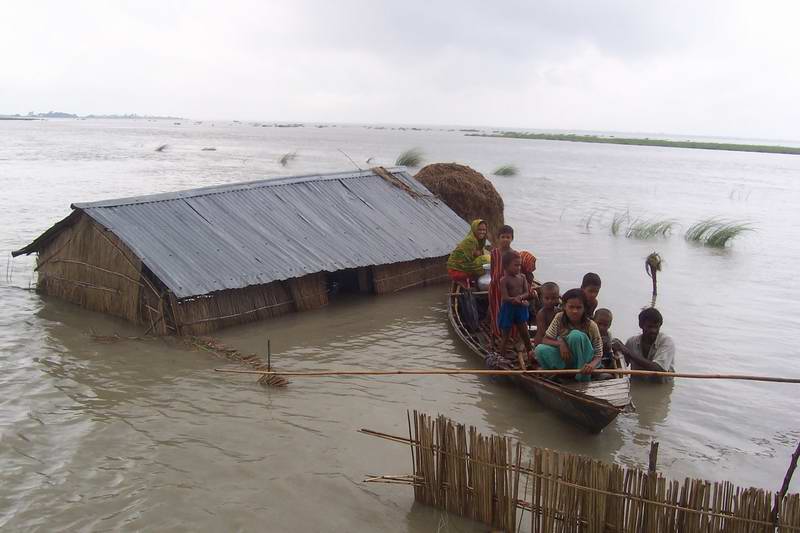 Red Cross Society of China has donated US$ 100000 to Bangladesh Red Crescent Society (BDRCS) to help the flood-affected people of the country and support relief operation, UNB reports.

Charge d' affaires at the Chinese Embassy in Dhaka Chen Wei formally handed over the cheque of the Red Cross Society of China to BDRCS Secretary General BMM Mozaharul Huq at a function held at the Embassy on Tuesday morning.

The Chinese Embassy said it is a friendly tradition of the government and people of China and Bangladesh to help each other when they face disaster.

The Chinese side said they are willing to provide assistance for relief work according to Bangladesh's needs and demands.

"We believe that with joint efforts of Bangladesh government and Bangladesh Red Crescent Society, the disaster-affected people will be able to overcome the difficulty and get back to normal life," the Embassy said in a press statement.

Vast areas of the country have been witnessing series of floods since March resulting in crop destruction and food shortage.

"We are sad to see that the Chinese government and the people have been following the situation closely," the Embassy said mentioning that this situation has also received extensive coverage in Chinese media.

The Chinese government expressed sincere condolence and sympathy to all affected families.

According to BDRCS Disaster Response Department, cash support distribution among the affected people in Sunamganj has started with the support received from the Swiss Red Cross.

The money received from the Red Cross Society of China and British Red Cross will gradually be disbursed among the affected people.