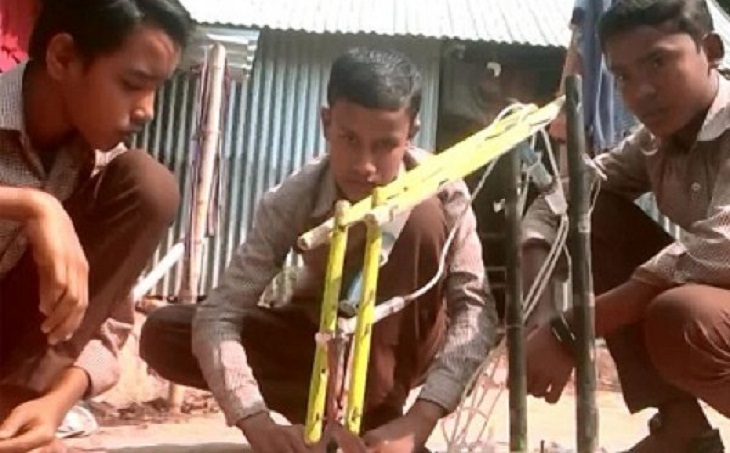 Invention of water-powered engine is not new. Earlier in February, a Brazilian public officer Ricardo Azevedo created a motorcycle able to travel up to 500 kilometres (310 miles) on a litre of water, reported by Ruptly TV, a parent company of RT news.

But what is amazing is that three poor school students of North Dinajpur in India have invented this technology. The students draw widespread praise in India including the deputy commissioner of the district by their invention.

They are the students of class Nine of Hatya High School in the district. The reservoir of petroleum fuel is reducing day by day. Every country of the world is desperately seeking alternative source of fuels as it is the driving force of any economy. On the backdrop of such a situation, they have made a system that can power Hydrolic Crane or JCB by water. Moreover, this Crane won’t emit any smoke that lead to air pollution.

The students now preparing for a bigger presentation of their invention in India.