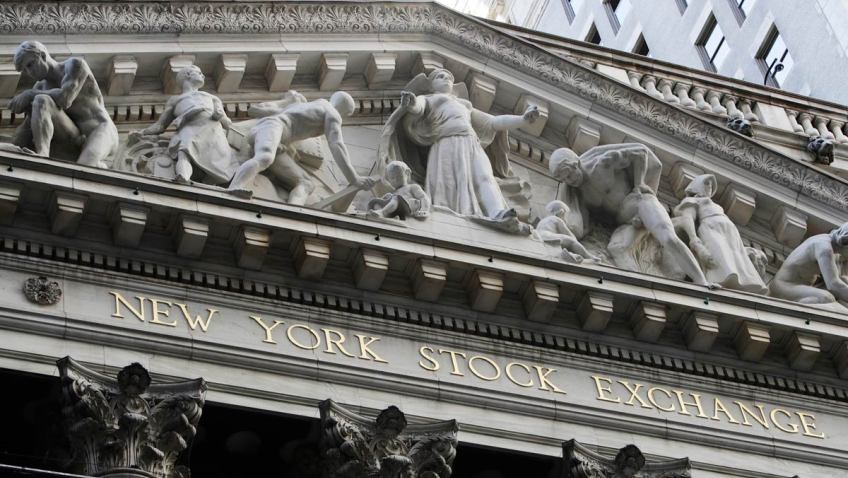 The U.S. stock market notched its biggest gain in two months Wednesday, bouncing back from losses a day earlier.

Technology companies were among the big gainers, recouping some of their recent losses. Energy stocks also rose as the price of crude oil closed higher for the fifth straight day. Utilities and real estate companies were the only laggards.

"Across the board, sector strength is very, very strong," said Marc Chaikin, CEO of Chaikin Analytics. "Whoever wanted to sell into the holiday weekend basically did it yesterday and we probably have a positive bias going into the four-day weekend."

The market rebounded from Tuesday's technology-led sell-off. The major indexes moved higher as trading got underway Wednesday and carried the momentum the rest of the day.

"These equity markets are perhaps in more of a relief rally, with investors coming back in after being away a bit here," said Chris Gaffney, president of World Markets at EverBank. "It's is the end of the quarter, so we'll probably see more volatility going into the end."

Traders bid up shares in financial sector companies amid heightened expectations that interest rates could be headed higher. Rising rates let banks make bigger profits on mortgages and other types of loans.

"Global rates are going to move higher and that, of course, helps financials across the board," Gaffney said.

Staples climbed 8.5 percent after the Wall Street Journal reported that the office supplies retailer has agreed to be acquired by private equity firm Sycamore Partners. The stock was the biggest gainer in the S&P 500 index, rising 78 cents to $9.94.

Spectranetics surged 26.2 percent after Dutch electronics and health care technology company Philips said it agreed to buy the medical device company for $38.50 a share, or $2.2 billion. Spectranetics gained $7.95 to $38.35.

In a statement, FedEx said that while TNT's operations and communications systems were disrupted, "no data breach is known to have occurred." The company noted that operations of all other FedEx companies were unaffected. The stock rose $2.82, or 1.3 percent, to $217.15.

Major stock indexes in Europe declined as investors fretted over the prospect of tighter monetary policy from major central banks.