A journey through the land of colours

It is a country where history blends with modern life, the sun-kissed islands are blessed with splendid beaches and the sea flows into the breathtaking sunset. All this is part of the unexpected thrills that greet the visitor who may not be familiar with the ancient charm of Greece.

Upon arriving in Athens, we hardly expected to see the first sunset around 8.30 in the evening. After an overnight stay near the Rafina port, we headed for our first destination — Mykonos —in a ferry.The journey from Athens to Mykonos took around four hours passing through numerous inhabited and uninhabited islands. Mykonos is one of the most popular and scenic islands with many famous beaches. Almost all the houses there have been whitewashed and turned into small traditional hotels. It is a small island but moving around is difficult as there is a scarcity of public transport.

On a day tour, we went to Delos, which is an uninhabited archaeological site. We reached there by boat in around 20 minutes from the old port — the whole trip costing 40 Euros for each person. The island is well known in Greek mythology. We visited Little Venice in the old town where the houses were almost in the water, which make it looks like the Italian city. After spending three nights at Mykonos we headed for Santorini, which took us around three hours by a Super Fast Ferry. As the name indicates the speed of this ferry was so fast that the passengers were not allowed to even stroll outside in the deck. Santorini is one of the Cyclades islands on the Aegean Sea, which had its last volcanic eruption in the 16th century.

The island of Santorini is picturesque, with volcanic mountains on one side and the sea beside it. Because of the great Mediterranean weather grapes are grown in abundance throughout Greece and most of the fine wineries are located in this belt. On a full day excursion, we went to see the Volcano of Caldera, which was a long hike to the top of the hill over the black volcanic ashes. After stopping for lunch at the island of Thirassiawe, we headed for Oia to enjoy the world’s most iconic sunset. We hiked about 600 hilly steps to reach the hilltop of Oia. It was tiring but once we reached the top we found the most colourful and happening place of Santorini. The famous blue domed church with six bells was in the centre of the square. And the sunset was spectacular!

Our hotel was beside the Kamari beach which is a black sand beach. It had plenty of eateries, shops and travel agencies around. Walking barefoot on the beach was not at all pleasant as these black sands are the granules of the volcanic ashes, which hurt one’s feet.

From Santorini we left for Athens, where our car was waiting at the airport for a journey through the countryside of Greece covering Olympia, Meteora and Delphi, passing over Corinth canal, Myceneas, Edipharus and the port town of Nafplion. After passing the Corinth canal, which connects the Saronic with the Corinthian Gulf, our first destination was Mycenae the golden city of King Agamemnon who united all of Greece to fight against Troy. It was a large site and included a long walk and climbs to the Lion Gate, cyclopian walls, treasury of Atreas and the royal tombs.

On the way we passed through the town of Nafplion, which was the old capital of Greece. This beautiful town has neo-classical well-preserved mansions contrasting with the latest stores as well as local shops selling handmade items and jewellery. The journey by car was the most interesting part of the tour. Apart from the archaeological ruins and relics we were delighted to see the gorgeous countryside and landscape of Greece. Meadows and hills, topped with small cottages all bearing the same colour (tan red), tall alpine trees piercing the clear blue sky. It was like travelling in the land of fairy tales and passing through the village of Cinderella. The blue sky got covered with dense fog and it seemed that we were passing through the enchanted woods.

The beauty of rain made the journey much more mystical. Clear skies greeted us when we reached the quaint little town of Olympia. The ancient ruins date back more than 2,000 years when the first ancient Olympic Games took place. A temple of Zeus and Hera was constructed to honour the gods before the beginning of the game.

The next morning we started early to reach Meteora, which was a fivehour journey from Olympia. The roads were hilly and we passed through several tunnels some of which were as long as five kms. Meteora means “suspended in the air”. There are three monasteries located neatly on the top of the hill but we could not enter because of the strict dress code (jeans and casuals are not allowed).

Our next destination was Delphi, which was about three hours’ drive from Meteora. The archaeological site of Delphi was the best of all the ruins we visited in Greece. There are two sanctuaries -- Apollo and Athena. According to Greek mythology, the place was the centre of the earth and the centre of wisdom and spirituality.

The little town is located on the hills, not far from the ancient ruins. The last destination before we wrapped up our travel in Greece was Athens. The best way to enjoy this historical city is by taking a hop-onhop-off bus (available in different colours -- red, blue and yellow). These buses provided onboard audio guide, which described the history and significance of the places we passed through. The Acropolis includes the main temple of Parthenon but it was under repair when we arrived. But since we had already visited Delos, Olympia and Delphi, we did not find it very attractive. One of the most pleasant experiences was the hospitality. Everyone we met treated us with warmth. Greece has countless sites of immense beauty that would find place in a list of “what to see in a lifetime”. 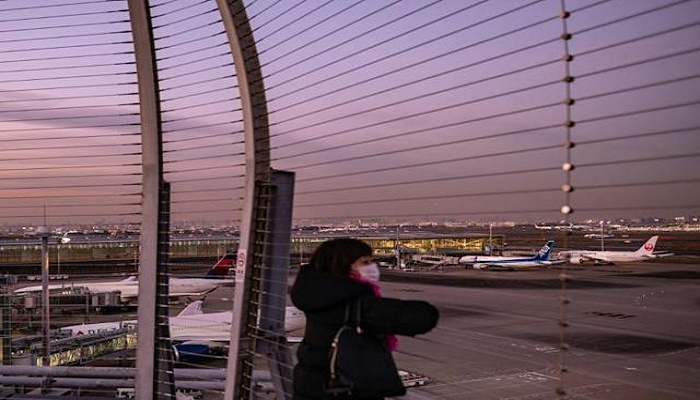