IMF trims economic forecast for US amid growth uncertainty 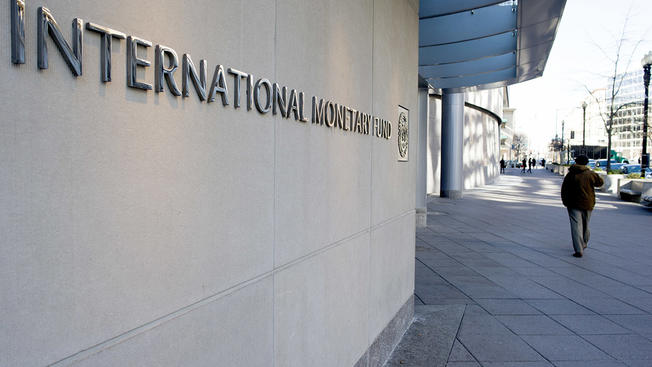 The International Monetary Fund has trimmed its outlook for the U.S. economy, citing the number of uncertainties that surround President Donald Trump's plans to boost economic growth.

The IMF forecast that the U.S. economy will grow this year at an annual rate of 2.1 percent. That would be an improvement over last year's lackluster 1.6 percent growth rate but down from the IMF's April forecast for growth this year of 2.3 percent.

The IMF also trimmed growth for next year and said that the economy would have a hard time achieving the 3 percent growth goal set in the president's first budget.

The new growth figures were included in the IMF's annual review of the U.S. economy issued Tuesday. The report said that it lowered its forecast because it was evident that many parts of the administration's tax and spending plans remained undecided.

Given these uncertainties, the IMF said the decision was made to make no assumptions about which parts of Trump's program would win approval in Congress and instead use a projection that current policies remain unchanged.

The IMF's forecast is that annual GDP growth of 2.1 percent this year and 2.1 percent next year would slow to 1.9 percent in 2019 and 1.8 percent in 2020. By contrast, the administration's budget released in May projects rising GDP rates in coming year hitting 2.9 percent in 2020 and then turning in growth of 3 percent for each year after that through 2027.

The current economic expansion, now the third longest in U.S. history, has averaged weak growth around 2 percent since the recovery began eight years ago in June 2009.

The IMF said the administration's forecast that its policies can lift that growth rate by a full percentage point to 3 percent was "unlikely."

In a statement, the Treasury Department said that it appreciated the IMF's support for the administration's broad policy efforts in such areas as boosting infrastructure investment and simplifying the tax system.

"The administration is committed to generating sustainable economic growth that will benefit both the American and global economy," the Treasury statement said. "We are focused on making significant reforms to our tax and regulatory policies, as well as renegotiating trade agreements to be more balanced for American workers which will lead to stronger economic growth and job creation."

On trade, the IMF said that the U.S. dollar was "moderately overvalued" by around 10 to 20 percent. A stronger dollar hurts U.S. exports by making American products more expensive on overseas markets while making imports cheaper in the U.S. market.

The IMF said that the U.S. economy would benefit by keeping its markets open as it pursues new and renegotiated trade agreements.