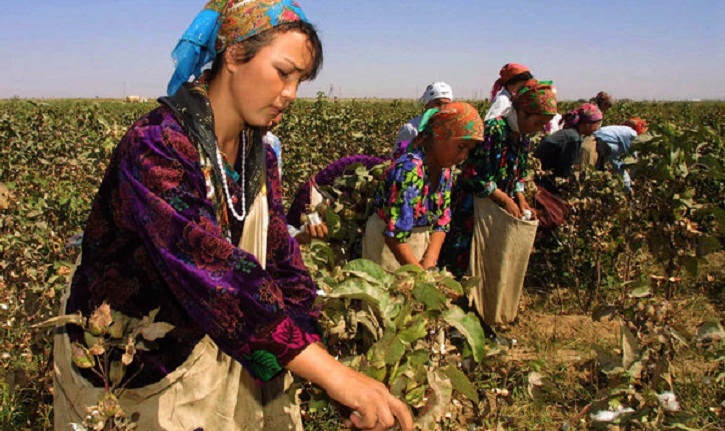 The bank's continuing support undermines efforts to keep its cotton out of the global garment supply chain until it ends the use of forced labor, according to a report from Human Rights Watch and the NGO Uzbek-German Forum.

Forced labor remains systematic in Uzbekistan, and research by the organizations has documented the existence of the practice in a World Bank project area, the report said.

For the annual harvest, the government of Uzbekistan forces hundreds of thousands of people, including medical professionals, school teachers and children as young as 10, out into the fields to collect the crop, working long hours, human rights workers say.

"The World Bank is giving Uzbekistan cover for an abusive labor system in its cotton industry," Umida Niyazova, the Uzbek-German Forum's director, said in a statement, calling for a suspension of funding until the matter was resolved.

In 2015 and 2016, the Bank's investments in the country amounted to more than $500 million, according to the groups. And, rather than curtailing support for the Uzbekistan cotton sector, the World Bank has instead increased support and commercial investment, the statement said.

The World Bank told AFP that it took allegations of forced labor seriously and that monitoring by the International Labor Organization, a UN agency, had been unable to identify incidences of forced and child labor tied to World Bank projects.

Hundreds of global brands and stores, including Nike, Walmart, Adidas, Ikea, Gap and Levi Strauss, have pledged not to use cotton from Uzbekistan knowingly -- even though the country exports its crop to major garment producing countries like China and Bangladesh.

Uzbek officials in the United States did not respond to AFP enquiries. But the government has in the past likened the cotton harvests to patriotic national service or claimed that pickers are justly compensated for work performed voluntarily.

According to the Uzbek-German Forum, one monitor, Elena Urlaeva, was briefly thrown in a psychiatric hospital, in addition to facing arbitrary detention, surveillance and assault.

A World Bank spokesman said the global lender did not condone forced labor in any form.

"We continue to voice our strong concerns on labor issues to the government of Uzbekistan and we have been working with the International Labor Organization to put in place a robust monitoring program," the spokesperson said.

The ILO had identified no child and forced labor concerns in World Bank projects in Uzbekistan.

"Under this structure, in reality, the government that mandates forced labor and utilizes child labor is allowed to monitor itself," the report said.