Ratha Yatra, the chariot festival of Sri Jagannath Dev and one of the major festivals of the Hindu community, will begin tomorrow (Sunday).

The festival will come to an end with Ulto Ratha Yatra (reverse journey) on July 3.

In observance of the festival, different religious bodies and temple committees have drawn up various programmes. The International Society for Krishna Consciousness (ISKON) has chalked out a nine-day programme in Dhaka.

Like in the previous years, the country's largest Ratha Yatra festival will be held at Dhamrai in Manikganj district.

The programmes of the festival begins in the morning with rendering of Harisangkirtan, holding of Agnihotra Jagna seeking world peace and people's welfare, recitation of verses from Srimat Bhagabat Geeta, distribution of mohaprosad, discussion, rendition of padaboli kirtan and arati, cultural function, staging of religious drama and screening of religious films.

The programmes of the ISKON at Swamibag in Dhaka starts with holding of Agnihotra Jagna seeking divine blessings for world peace and people's welfare. At noon, a discussion will be organised on its premises.

Civil Aviation and Tourism Minister Rashed Khan Menon will attend the discussion as the chief guest.

Indian High Commissioner in Dhaka Harsh Vardhan Shringla will formally inaugurate the festival there by lighting "Mongol Pradeep" (lamp of welfare) after the discussion. 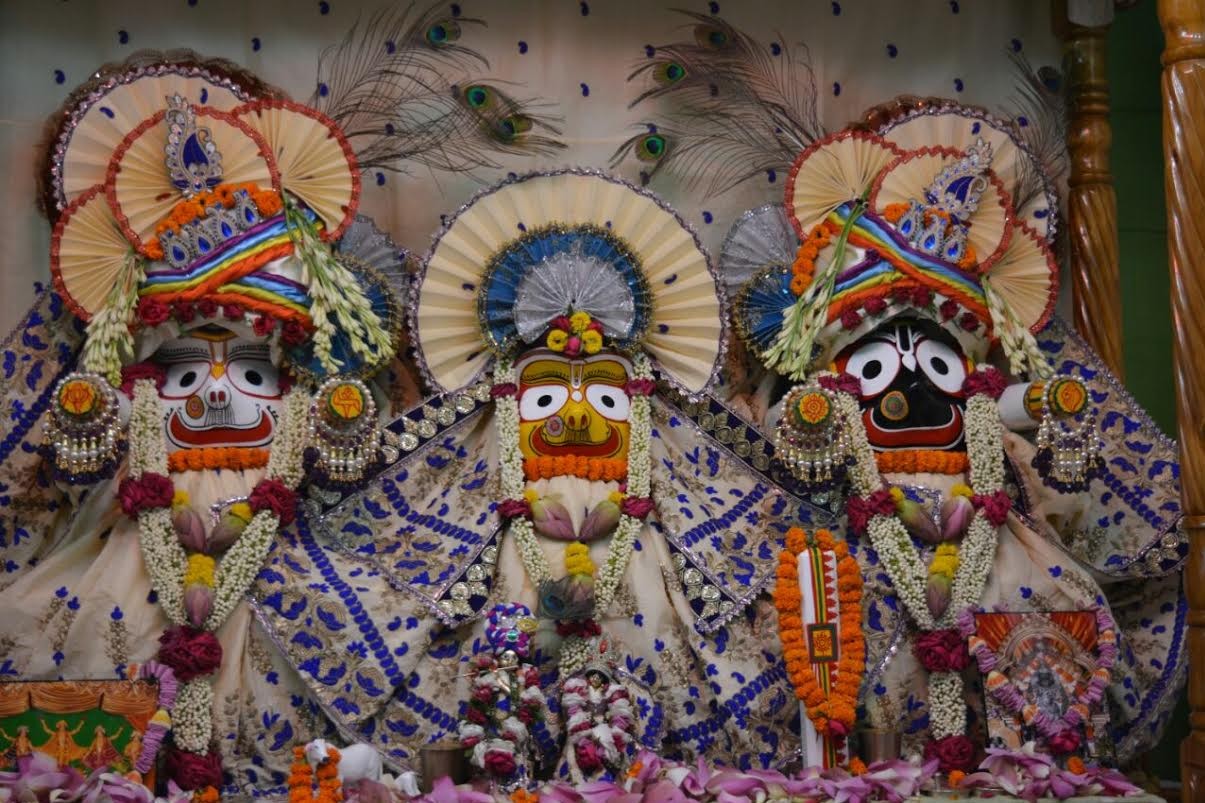 Later in the afternoon, a colourful procession will be brought out from Swamibagh setting images of Sri Jagannath Dev, his brother Sri Balaram and sister Srimati Subhadra on three largely build Rathas (chariots).

Besides, the Rathjatra festival will also be celebrated at Ramseeta Mandir at Joikali Mandir Road, at Shankharibazar and Jagannath Jeo Mandir at Tantibazar in old city and other places across the country.

The Traffic Division of Dhaka Metropolitan Police (DMP) requested the vehicle drivers to use diversion roads for the sake of smooth and peaceful holding of Ratha Yatra. 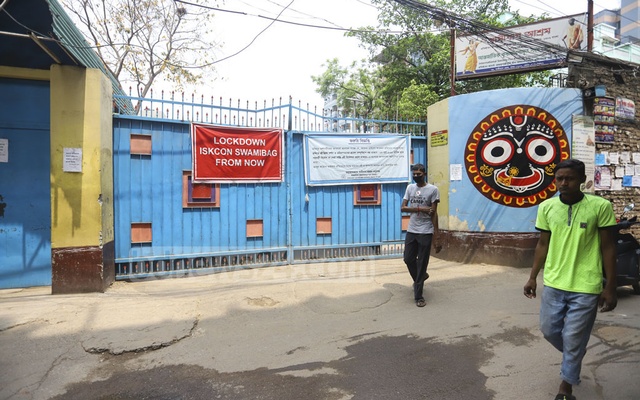 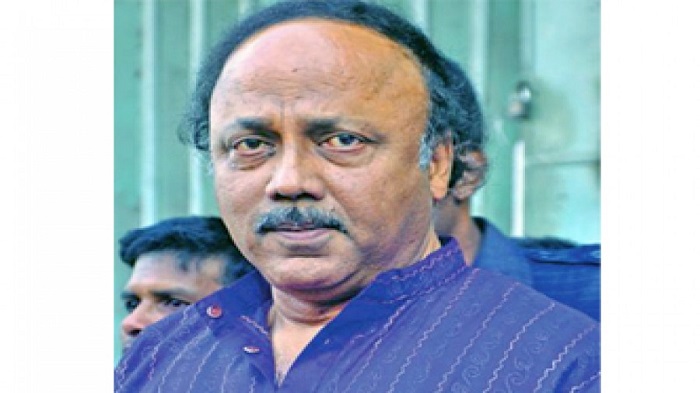 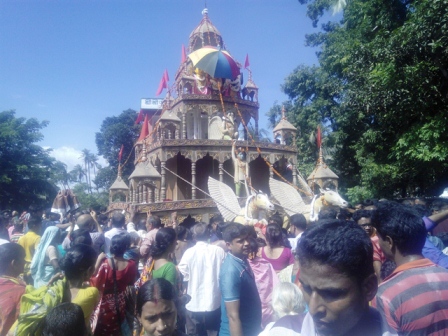 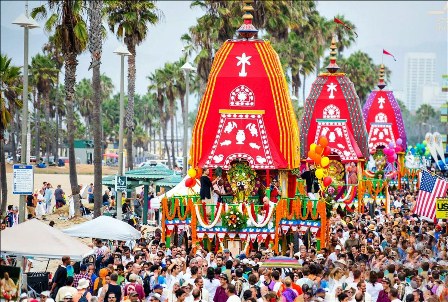 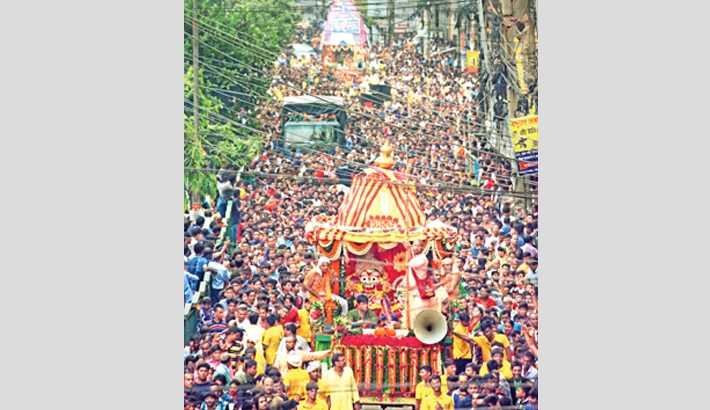 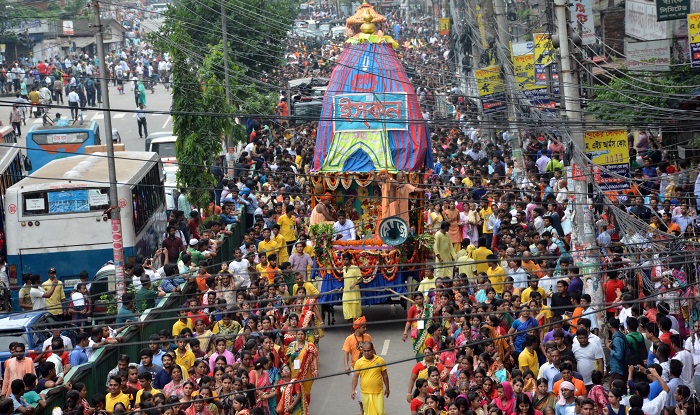