US new home prices hit record in May 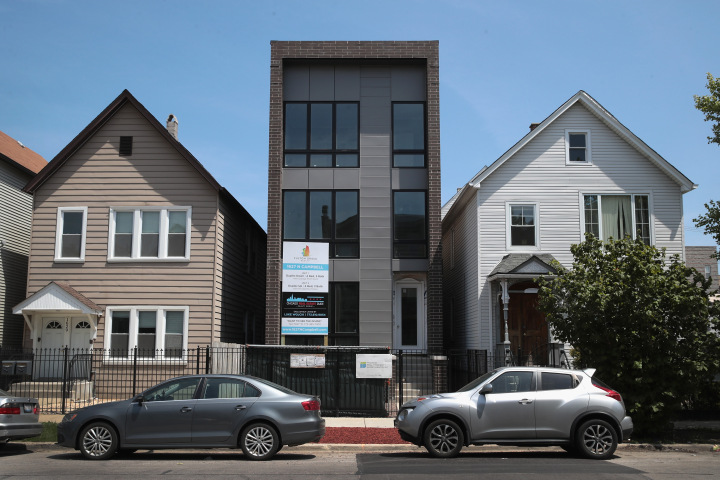 Sales of new homes in the United States picked up in May, as prices surged to the highest levels on record, the Commerce Department reported Friday.

Coming at the start of the peak home-buying season and after April's sharp decline, the sales rebound suggested demand remained strong in an increasingly tight market.

The numbers followed an industry report this week showing a jump in sales and prices for existing homes, and were sure to fuel worries that homes could soon become unaffordable for many, with prices outstripping inflation and wage gains.

Sales of new single-family homes rose 2.9 percent last month to an annual rate of 610,000, seasonally adjusted, putting the sales pace up 8.9 percent compared to May 2016, according to the report, surpassing analysts' expectations.

The average sales price also reached its highest amount ever, rising 10.5 percent to $406,400, the report said.

Despite slowing construction in recent months, the report showed homebuilders might be beginning to respond to demand, with the supply of new homes for sale hitting its highest level in nearly eight years at 268,000.

Still, with the rising sales pace this represented only 5.3 months' supply, unchanged from April.

Sales in the South and the West drove the monthly gains, with the Northeast and Midwest of the country instead seeing declines for the second month in a row.

Ian Shepherdson of Pantheon Macroeconomics said while the data were volatile, they suggested the current trend of rising sales and prices should continue through the summer.

"The May number is marginally stronger than implied by the mortgage data but the key point now is that the message for the next few months is one of much higher sales," he said in a research note.

"The underlying rate of increase probably is now above five percent, which means that implied real mortgage rates are negative, making the idea of buying a house financially attractive."