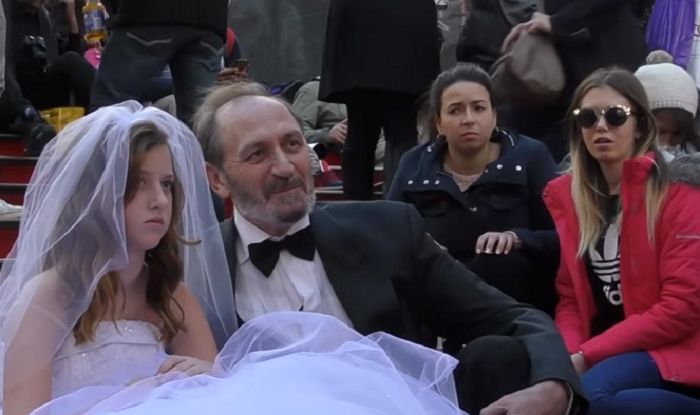 NEW YORK: New York, the fourth most populous state in America, updated antiquated legislation on Tuesday to outlaw children as young as 14 from getting married.

Governor Andrew Cuomo, a Democrat, signed legislation raising the age of consent to marry from 14 to 18 years old, with a caveat that 17-year-olds wishing to marry must get approval from their parents and a judge.

"This is a major step forward in our efforts to protect children and prevent forced marriages, and I am proud to sign this legislation that puts an end to child marriage in New York once and for all," he said.

Until Tuesday, children as young as 14 could get married with parental permission and written consent from a judge. More than 3,800 minors were married in New York between 2000 and 2010, Cuomo's office said.

Those under 17 are now prohibited from marriage. Judges must ensure any 17-year-olds wishing to wed are not being coerced against their will and that the marriage will not endanger their mental, emotional, or physical well-being.

Heather Barr, senior researcher on women's rights at Human Rights Watch, called on dozens of other US states to follow New York's example.

"Around the world, a girl under age 18 married every two seconds. It is a national shame that so many of these marriages are happening in the US," she said.

"We hope the 47 states that have yet to act will follow New York's lead."

Nearly a quarter of a million children as young as 12 were married in the United States between 2000 and 2010, mostly girls to adult men, according to Unchained, a non-profit organisation working against arranged or forced marriage.

A survey published by the Tahirih Justice Center in 2011 said forced marriage existed in immigrant communities from 56 different countries and affects people of different faiths, including Muslims, Christians, Hindus and Buddhists.

Cuomo's office said young women who marry before 19 are 50 percent more likely to drop out of high school and four times less likely to graduate from college.

Those who marry young are also at increased risk of developing health disorders, 31 percent more likely to live in poverty when older and three times more likely to be beaten by their spouses than women who wed at 21 or older, it said.