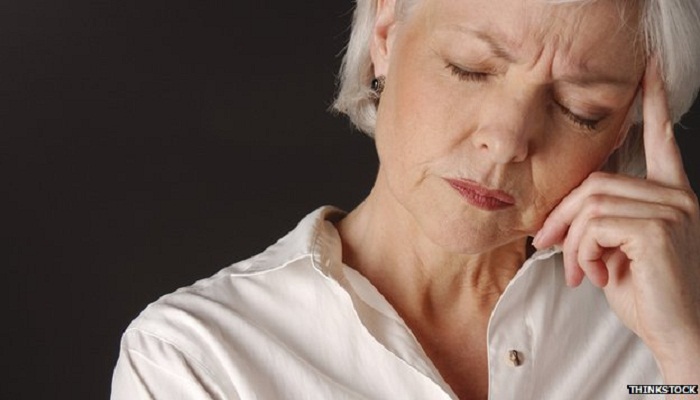 Hormone replacement therapy increases the risk of ovarian cancer, a study shows.
The University of Oxford analysis showed there was an extra case for every 1,000 women taking the drugs for five years from the age of 50.
Lead researcher Sir Richard Peto said claims there was no risk for short courses of HRT "simply isn't true".
A leading cancer charity said this was a "modest increase on a relatively uncommon cancer."
Medical charities said the findings were robust, but said the risk did fall after HRT stopped.
The drugs are used to alleviate the symptoms of the menopause, which can be so severe they interfere with day-to-day life.
In the UK, women take hormone replacement therapy mostly for between two and five years.
The increased risk of breast cancer has been well documented. The drugs also reduce the risk of osteoporosis and bowel cancers.
However, the impact on ovarian cancer has been debated, particularly for those taking the drug for less than five years.
The study in the Lancet, which looked at data from 52 separate studies including 21,500 women with ovarian cancer, proves there is a link.
"It's a risk, about a million women in this country have HRT and 1,000 will get ovarian cancer from it," said Prof Sir Richard Peto.
He added there would be one extra death for every 1,700 people taking hormone replacement therapy.
He said the risks would be reduced for those taking it for a shorter period of time but were still there.
He told the BBC News website: "If it were me and I had really bad symptoms, I'd worry more about those than any possible risk.
"But [these findings] should edge towards less use rather than more use."