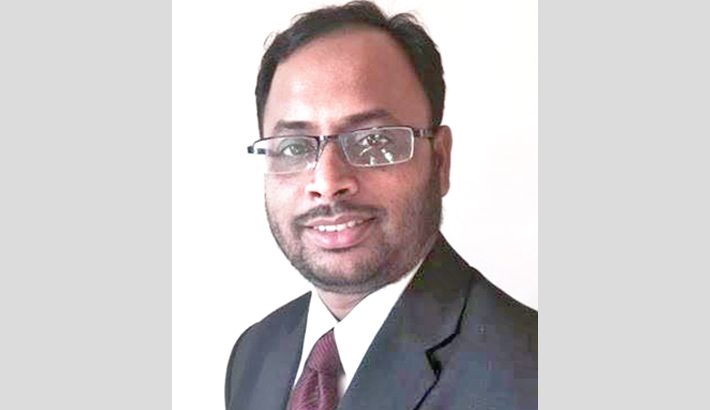 One of the most displeasing elements of the proposed budget (fiscal year 2017-2018) which has received negative reactions from all concerned is the imposition of excise duty on fixed deposit. Despite frequent and persuasive request from different professional bodies of the country, the finance minister has reiterated his firm stance on this provision and denied any possibility to reduce the proposed amount of excise duty.

Needless to say, the size of the proposed budget, which is about a quarter larger than the fiscal budget of 2016-2017, is not only big but also ambitious.

However, the current level of economic development of the country requires such a large budget. Bangladesh has already earned its brand as an emerging country, thanks to the moderate rate of continuous growth for the last couple of years. Sustenance of this growth needs huge revenue expenditures to propel the current level of consumption. At the same time, substantial amount of expenditure in infrastructure is essential to support the growth trend in the long-term. As a result, the government has to look for every possible source of resources to meet these expenditures. Moreover, historical account shows that most fiscal budgets of Bangladesh remained unrealised mainly due to shortage of resources. From this view, the stance of finance minister is justified.

Of the total budgeted expenditures of Tk. 4002.66 billion, it has been estimated that tax and non-tax revenues would provide about Tk. 2882 billion (72%of total expenditures)and the remaining amount (Tk.1120 billion) are expected to be backed by domestic loan, international borrowing, and foreign grants. A total of Tk. 604 billion or 15.1% of the budgeted expenditures is to be collected through domestic loans mainly from local financial institutions as well as selling savings certificate. The remaining of the deficit amount (Tk. 464.3 billion) is to be financed through international borrowing.

There is an apparent paradox here. On the one hand, the government plans to finance a large part of deficit budget through domestic borrowing which requires smooth flow of funds from households to depository financial institutions. On the other hand, imposition of excise duty on fixed deposit is sure to choke this channel of fund flow. This means that imposition of excise duty on fixed deposit is a self-imposed paradox of the proposed budget. In addition, the government borrowing from local financial markets may create a crowding-out effect, a scenario in which borrowing by the government from domestic financial institutions would lead to a fall in the growth of credit to private sector.

Of course, crowding out effect may be avoided if the government targets idle fund already accumulated in the commercial banking system of the country which is estimated to be Tk.1,000 billion (including investment in treasury bills and bonds). Utilising this fund for fiscal expenditures may not create a tension in the private borrowing market. Although this claim is theoretically valid, the real scenario is different. It has been reported in different media that the idle fund in the banking system is not due to the incessant supply of deposit but rather the sluggish demand for funds from business entities which can largely be attributed to the lack of favourable macroeconomic environment. Under this circumstance, boosting up private investment is an essential prerequisite for attaining the estimated GDP growth rate of 7.4% in the fiscal year 2017-2018. Easy availability of funds can contribute greatly toward this move. If private investment increases, responding to various fiscal stimuli, at a rate required for attaining the estimated GDP growth rate, current accumulation of funds in the banking system may not be sufficient enough to finance deficit budget after fulfilling private sector’s need. This means that the state’s reliance on already accumulated fund is not a sustainable alternative to finance the deficit budget.


Well, financial intermediaries are not the primary sources of financing the deficit budget in Bangladesh. Historical trend of public borrowing shows that the government prefers to borrow by selling savings certificate instead of outright borrowing from the local banking system. To boost the household demand for savings certificates the government has intentionally kept the interest rate unreasonably high. Currently, yield on long-term bond ranges between 5%-7% whereas banks offer 5%-6% for fixed deposits. In contrast, the government savings schemes for five years offer more than 11% interest. The yawning gap between the rates of bank deposit and savings certificate undoubtedly attracts private savings toward government favour. Under this circumstance, doubling the excise duty on bank deposit is likely to add an insult to an injury. Such a move tends to neutralise banking channel of deposit mobilisation which would surely aggravate current sluggish demand of private borrowing for investment. A growing economy like Bangladesh does not afford to undermine its financial intermediaries as long as its capital markets are not sound enough to supply the required funds for investment.

Moreover, higher rate on savings certificate not only attracts individual investors but eligible institutional investors including pension funds and provident funds may also be interested to hold this particular risk-free assets as a strategy to reduce their portfolio risk. Like mutual funds, pension funds and provident funds are also major players of capital markets. Growing presence of these institutions in the public borrowing market would reduce participants in the capital market which in turn, may halt the natural progress of our capital markets.

It does not matter whether teh government borrows directly from households by issuing savings certificate or collects necessary funds from financial intermediaries; the ultimate source of fund is one – national stock of savings. Saving is meant to be dedicated for investment as far as economic growth of a country is concerned. It has been argued for long that market can allocate scarce resources better than the government. If so, crippling the natural saving-and-investment flow facilitated by financial intermediaries is against the spirit of sustainable growth of the country.

The writer is Assistant Professor and Head, Department of Economics and Finance,
University of Nizwa, Sultanate of Oman