Sporting a baseball cap, sunglasses, green nail polish and a black t-shirt emblazoned with the logo of sponsor PotCoin-a cryptocurrency for the legal cannabis industry-Rodman declined to comment further as he was swarmed at the Beijing airport by journalists.

He had arrived in North Korea on Tuesday, saying that he wanted to “open the door” to the regime and claiming that US President Donald Trump would be pleased with his mission.

“Dennis is working hard for both countries, trying to, you know, mend the tension as much as possible,” his assistant, who accompanied him and asked to be called “Vo,” told reporters.

While in North Korea, Rodman was shown in video and photos presenting the isolated country’s sports minister Kim Il Guk with off-the-wall gifts that included a copy of Trump’s book “The Art of the Deal”, soap, two autographed jerseys and a copy of “Where’s Waldo? The Totally Essential Travel Collection.”

Trump was Rodman’s boss when he appeared on the “Celebrity Apprentice” reality TV show.

This is at least the fifth trip to North Korea for the heavily pierced and tattooed former basketball star.

In 2014 he attracted a deluge of criticism after being filmed in the country singing happy birthday to his “friend for life”, leader Kim Jong-Un.

Rodman has met Kim on some but not all of his previous trips, and it remains unclear if he met with the leader this time.

This latest visit comes amid high tensions between Washington and Pyongyang following a series of missile tests by the North, which have triggered tightened UN sanctions.

Rodman has previously described his visits, including one in 2013 with the Harlem Globetrotters, as “basketball diplomacy” but has been roundly criticised for failing to raise human rights issues.

His trip this time coincided with North Korea’s release of a comatose US student, 22-year-old Otto Warmbier of Cincinnati, who was incarcerated in March 2016 for stealing a political poster from a hotel.

US officials repeatedly said Rodman was travelling to North Korea as a private citizen, despite speculation he was working as an unofficial emissary for Trump.

In the US, Fred Warmbier echoed Washington’s denials that Rodman’s visit to Pyongyang had anything to do with the sudden release of his sick son.

American doctors treating the University of Virginia student have cast doubt on North Korean claims that the young man contracted botulism during his detention, saying Warmbier is unresponsive and has experienced extensive tissue loss in all regions of his brain.

The North is currently holding three other US citizens. 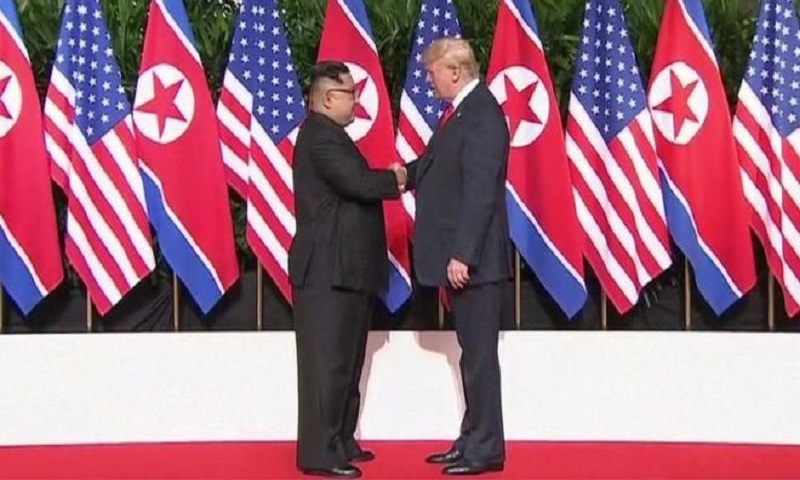 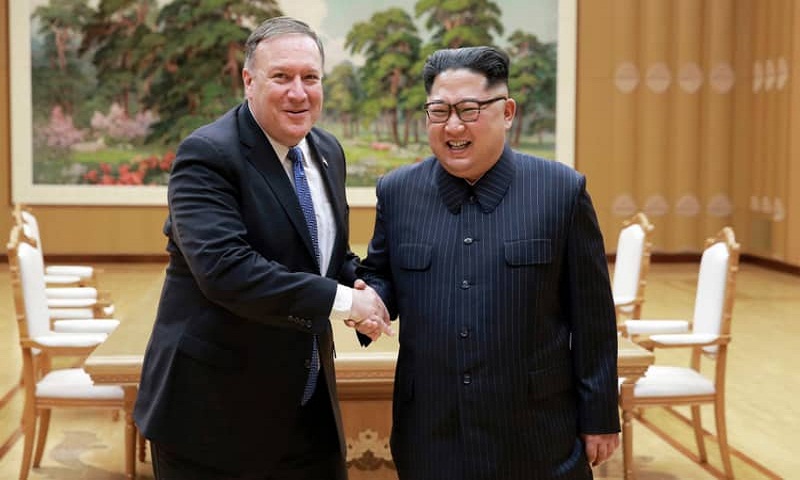 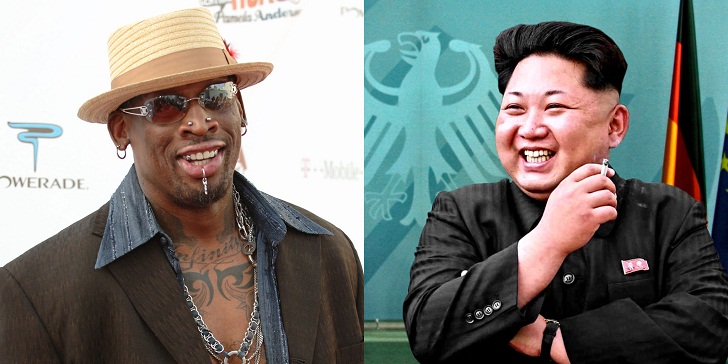