Bangladesh on the Front Foot 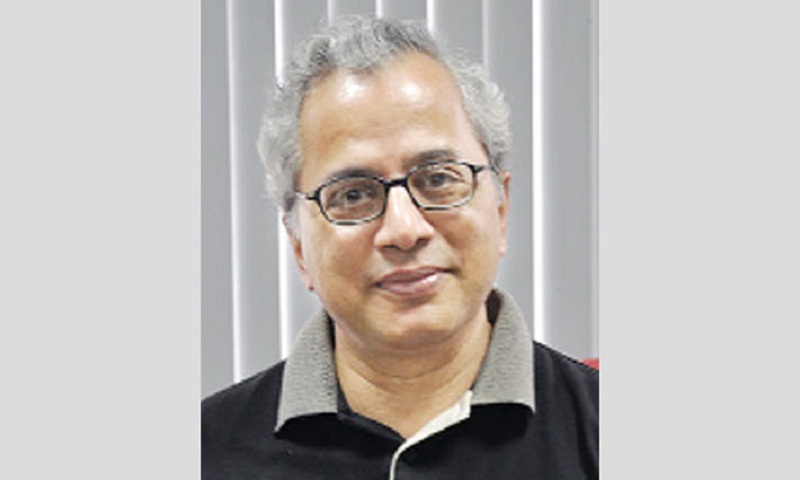 Is today the day for Bangladesh to make history? Is 15 June 2017 going to be written down as a red-letter day in our history? Will rain intervene to spoil the game? Will it be completely washed out, or will it be played on curtailed overs? Will Mash win the toss and send Kohli to bat, or will Kohli win it for India and choose to chase by sending Mash to bat first? Or will Mash choose to bat first if he wins the toss and send our opening duo to fight it out in the middle of the pitch? Enough is enough, Mash will say to his peers, let us play it straight not by a straight bat only but also by a cross bat, or as the former Australian opener Michael Slatter used to say, cross bat, straight bat, wrong footwork, no footwork, middling or not middling, nothing matters but let a run materialise itself from somewhere and that will matter.

Yes, in the cricketing history of Bangladesh nothing comes off like today’s match, which, by the time my readers go through this column, will still be some hours away from being played at Edgbaston, Birmingham in the semi-final of the ICC Champions Trophy in 2017. The cricketing world has already woken up to the rise of the fascinating new power in cricket, that is, Bangladesh.

In the final group match with New Zealand at Cardiff Bangladesh went down 4 for a paltry 33 runs on the board in reply to a now mammoth score of 266. Milne in the 12th over got Mushfique’s middle stump tumbled before it rested on the ground in a supine position. Not being able to digest that sorrowful sight I retired to bed on 9th June giving up on any hope of winning. This I realised was done by many out of frustration as our passion for cricket is a defining expression of our patriotism too. But nearly an hour after just to check what was happening at Cardiff I sighted the score on my cell phone which unbelievably showed some 120 runs for the loss of yet those four wickets. Then and there I switched on the TV only never to shut it down until the last boundary was hit by Mosaddek ensuring a rare victory for Bangladesh by five wickets. Since then Bangladesh cricket history has been rewritten, from a country against which any country would choose to bat first in order to shorten the length of the game, it has now emerged as a country that the opponent team would consider as a team that has made winning its habit rather than losing.

And India has to be extra worried, as the 2015 World Cup Quarter Final match at Melbourne is still fresh in the minds of the crazy fans of Bangladesh, who think the match was compromised, and who have already fed the FB with statuses that Bangladesh will today actually play not against 11 but 14 players, the extra three being the two on-field umpires and the one upstairs. But that is more like a school-boyish joke as what really is a big concern is the fact that India is a formidable powerhouse. The batsmen centring on their captain Viraat Kohli are a likely group of destroyers for whom our medium to less than medium speed bowling might come like peanuts to hit all around the ground, in addition to certain hits over the ground. Rubel and Taskin both have speed but they are not as wily as was the great Australian bowler of the recent past Glen McGrath, whom I watched on TV in matches after matches as a mesmerised spectator in order to find out the secret of how he felled the scalps. McGrath had a short run up, and his speed was never threatening, but he consistently pitched the ball at a length which confused the batsman whether to play him on front foot or back foot. After pitching his ball hopped up to a height at which it was difficult for the batsman to strike a full-blown shot. A misdirected edge was always what resulted and the batsman had to leave the crease in a bowed head wondering how in the world was he deceived by the length of the ball? Let our four fast bowlers do something like this—to tempt Dhawan and Sharma to play a stroke on the front foot and produce a sneaky or healthy edge for the first and second slips to grab the offer contentedly. Let our slip cordon be not on clay foot not to jump rightways or leftways to secure a flying ball in their hands. And let our fielders be not in Lux-soaped foamy hands to let the ball glide through their closing hands. Catches win matches. Oh, God do not allow sloth to take over our boys during the match.

Now God does not really help the players on the field if they do not help themselves. In the New Zealand match Shakib was the first to reach his hundred before he was needlessly bowled out for 114 by a ball that he mistimed on a hook. Before that match Shakib was on a poor run, and in an interview he said that once he hit a fifty all the grumblings would stop. It was a most decent and perfect and most courageous innings played by a mortal man. And at the other end Mahmudullah stood real tall on that day, and while Shakib’s innings was a touch maverick, his was well-composed, steady and punctuated by most elegant shots whether on the ground or over the ground. In fact when he was on 98 and Shakib was batting at the other end and Bangladesh needed only 13 runs to win, Shakib yet hit a boundary reducing the target to 9 runs only. Like many I was also getting worried whether Shakib would close down the gap all by himself thus denying Mahmudullah the golden opportunity to score his hundred. Did anything like this play in Shakib’s mind at the moment—you know, a wicked streak that chanced form the nature of the game itself that anything, a wholesome disaster, might take place with the next ball, as Sir Neville Cardus so succinctly said, cricket is the game of glorious uncertainty. Could this thought be dominant in Shakib’s mind that by the next few balls Bangladesh would lose all its remaining wickets without adding a single more run and Mahmudullah not ever getting the chance to face the bowlers! You never know, but Shakib did go for the big hit and got bowled out as if by a stroke of natural justice. Shakib got out and, ironically, we felt relieved as at that point we were dying to see Mahmudullah score his century. He did and remained not out on 102. In a way the match against New Zealand was the most wish-fulfilling one.

The way we wanted it to finish, it did finish that way.

Tamim, as it came in the news, was cajoled by umpire Illingworth off the field, who told him that when he scored a hundred and a 95 in successive innings, his team lost, but when he made a duck his team won. The newsman did not make it clear what Tamim’s retort was, but today we want no verbal retort from him but a rock solid innings from his bat. Tamim is actually the mainstay of the team, and he needs to capitalise on his good run against India since the World Cup in 2007, where he a mere boy of 19 at the time thrashed Zahir Khan and Agarkar, the duo pacers from India, by coming down the pitch for more than a yard or so. Tamim scored 51, and by that defeat India was thrown out of the tournament.

And today is Tamim’s day to repeat that performance. Only that he is more mature now, more experienced and therefore more reliable.