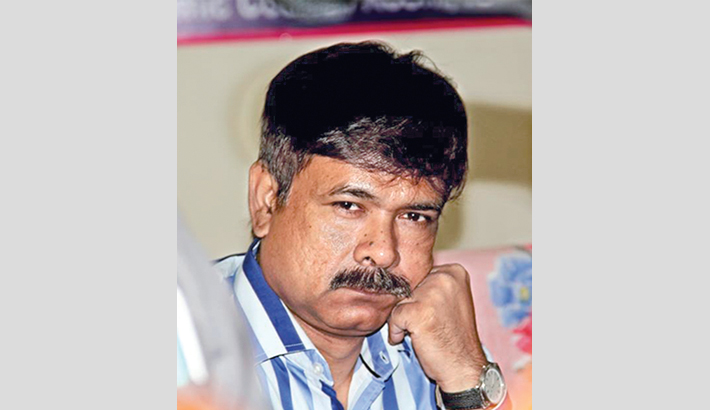 The challenges that hinder human civilisation from reaching a higher level of excellence must include communal violence. What we call communal violence is the chain of conflicts, riots and other forms of violence between communities of different religious faith or ethnic origins.

Though there remains the usual mudslinging in regard to the causes of communal violence, the blame is, more or less, common to almost all the religious/ethnic communities. The Hindus, the practitioners of the world’s oldest religion ‘Sanatana Dharma’ (the eternal way), which preaches the spirit of ahimsa, patience, forbearance, self-restraint, and compassion among others, were seen to run riot to establish total supremacy over their rivals. The practitioners of Buddhism, whose founder, the sage Buddha, used to be heartbroken even at the slightest wound of a small bird, have been seen with a killing frenzy. The Jains, who believe non-violence and self-control are means to liberation, were seen resorting to violence. The ethno-religious Jews, who have been commanded to ‘imitate God’s love for people’, appeared as the worst religious predators inflicting heavy casualties on the adversaries.  The Christians, who believe in the doctrine of offering the other cheek being slapped on one or not keeping back the shirt after the coat is taken ( King James Bible), were seen sanctioning heinous crusades killing millions of innocent people. The practitioners of Islam, known as a religion of peace, are not also lagging behind in taking recourse to violence against ‘enemies’. Even the smaller religious communities like the Shikhs have been seen in sword-wielding gesture at their religious opponents. Therefore, there has been any amount of communal violence in the ancient, medieval and contemporary world.

This is because of the religious communities’ direct and indirect involvement with violence, Abu Sayeed Ayyub said he did not believe in religious communities, though he believed in religion. Although the acts of violence are not supported or done by all members of the religious communities, all are to take the blame for their community people’s wrongdoing. There have been efforts to separate the sheep from the goats in the religious communities, but to no avail. Communal violence has never ever come to an end, though the degrees of occurrence have varied.  The people on earth have been worst affected by the outbreaks of sectarian violence in the name of religion. Even elders, women, and children cannot escape the barbaric acts of religious conflict. If this act of terrorism in the name of religion remains on parade, how would the dream of communal harmony come true? What else is then the mockery of civilisation? These are really very vexing questions which pose serious threats to the future of civilisation.

There is really much to worry about the devastating effects of the communal disharmony in the world — in Europe, in Africa, in Latin America, in Asia, even in the Sub-Continent including our beloved Bangladesh. Maybe, these are, to some extent, taken care of, but we cannot feel fully reassured; because, you never can tell that, you will not anymore hear the screams of any riot-ravaged community. But, to stop these communal clashes by force is not an abiding solution. If we really mean to solve it, we have to dig deep into the problem and find out the root cause for this. It cannot be solved overnight by taking rioters into custody, nor can it be uprooted by enforcing certain legal measures. This is rather something very serious that needs a series of things to be done in right earnest.

It should be a social, cultural and political revolution to eliminate the roots of communalism from the globe. This revolution would, as the eminent Indian thinker and radical humanist M. N. Roy has suggested, be preceded by a philosophical revolution. People, irrespective of castes, creeds and religions, have to be aware of the benefits of a secular multi-class society. Liberalism, pluralism and mutual tolerance should be the guiding principles of our motivation. To ensure other people’s fundamental rights is equally important with the establishment of one’s own fundamental rights. Lack of religious tolerance turns into vindictiveness and eventually finds expression through communal violence. This is evident in all the inter-community and intra-community riots. This wildest act of malice is caused by one’s militant communal feeling, which is, in other words, called fanaticism.

Fanaticism is a threat to communal harmony and social peace while communal harmony is a prerequisite for a democratic pluralistic society and state. Modern societies are more or less comprised of multiple classes, creeds, and religious practices. Therefore, ensuring mutual harmony calls for a secular statecraft. Religion should be taken as one of the components of a culture or a community. It should not be the main governing drive or the chief determining factor in the society. Its practice should be non-violent. The social life of the people of various creeds, ideas, and religions can better be guided by the secular codes of conduct, than by the codes of a particular religion. Ruling the state by the principles of a particular religion on pretext of majority can never ensure other people’s right to religion. Strictest adherence to a specific religion, and the feeling of its supremacy may leave one with a feeling of superiority, and thereby a tendency to torment the non-believers. Persons like Guy Fawkes, Laden, Mollah Omar, or Ashok Singhal and groups like Ku Klux Klan, Taliban, Muslim Brotherhood, ISIS and VHP are products of religious fanaticism, which is motivated by an ugly urge to pamper the supporters and diabolise the opponents. This is a sort of insanity, which is rooted in fundamentalism and in the fanatic interpretation and practice of religion.

The world is a melting pot of religions and faiths. The raiding religious fanatics should not forget that they may be in the majority in their country, but their equals in another country are in the minority. What they would do to their minority may have an equal and opposite reaction, and inspire their opposite numbers in another country to come up with a tit-for-tat behaviour towards their equals in that country. Living in the glasshouse, one should not throw stones at others. Therefore, mutual tolerance and peaceful coexistence should be the foremost survival policy of the religious and ethnic communities. To exist is to coexist! One does not need to be crusader for the protection of their religion. There is no room for militancy in the civilised world.


Hence, religion should be handled with care. The practice of religion should be benign and non-violent like other socio-cultural practices. It should be imbued with the spirit of humanism, non-violence, mutual tolerance, and progressiveness, and serve the greater interest of humankind as a whole. The self-styled guardians of religion should not poke their nose into it. The fundamentalists and the fanatics are not only the enemies of the people as a whole, but also the enemies of their own religions too. They are the perennial cause of tension, unrest, and even violence in the society. The much sought-after communal harmony in the world would remain a far cry from reality until the religious communities are immune from fanatical elements. Violence, hatred and spilling innocent blood can never be justified by anything in the world. These are the ills of communalism.