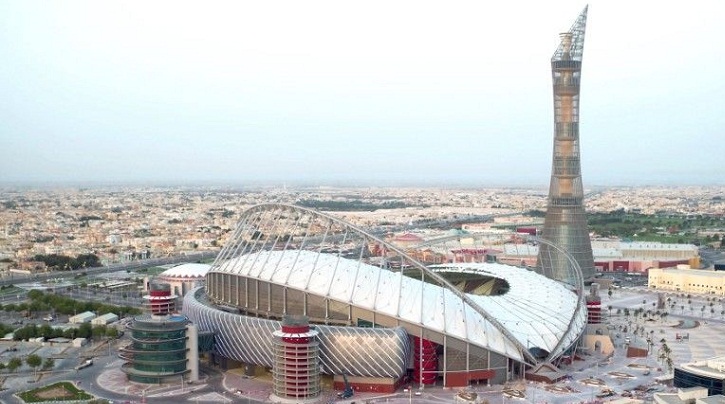 Viewed from Tehran, the extraordinary spat between Qatar and its Gulf neighbours has many advantages, experts say, but it is also worried about yet more volatility in the troubled neighbourhood.

"This is a new low for the Saudis. They don't know how to do foreign policy. They are fighting with most of their neighbours," said Foad Izadi, international affairs professor at the University of Tehran.

"At least this incident gives the Iranian government an opportunity to show it is the mature and responsible actor in the region," he added.

"It also gives us an opportunity to increase relations with Qatar since now it needs Iran for aviation and food supplies."

After Saudi Arabia and several of their allies severed ties with Qatar on Monday -- cutting off its sea, land and air access -- Iran was quick to jump in with offers of food imports and access to its airspace.

The Saudis accused Qatar of supporting extremist groups seeking to "destabilise the region", which it denied.

But analysts say the real target was Iran.

"The Saudis seek to create a united front against Iran, and they need to eliminate any opposition within the (Gulf) coalition," said Farhad Rezaei, research fellow with the Center for Iranian Studies in Turkey.

He said the Qataris are being punished for not sharing Saudi Arabia's "obsession with Iran".

"There are others in the Gulf coalition that do not share this obsession, but none have Qatar's ability to resist Saudi pressure," said Rezaei, highlighting Doha's immense gas reserves and close military ties with Washington.

- 'No satisfaction in Tehran' -

The spat comes less than a month after US President Donald Trump visited Saudi Arabia and called for a united front to isolate Iran, so the sudden collapse in the Gulf alliance should be welcome in Tehran.

Not just Qatar, but also other Muslim nations including Oman, Kuwait and Malaysia -- have expressed their doubts or even outright opposition to the Saudis' relentless campaign against Iran.

But that doesn't mean Iran welcomes the latest tumult among its rivals, said Adnan Tabatabai, head of German think-tank CARPO.

"I don't think there's a sense of satisfaction in Tehran over this spat," he said.

"Of course Iran is happy to show that the GCC (Gulf Cooperation Council) is fragile, but ultimately it just makes the neighbouring region even more volatile and that doesn't serve anyone's interests."

He said the dispute was a particular tragedy because Qatar and Iran have shown it's possible to have a constructive economic partnership despite sharp differences in other areas.

They back opposing sides in the Syrian conflict, where Iran has provided vital ground forces to Syrian President Bashar al-Assad while Qatar has funded the rebel groups trying to bring him down.

But Qatar and Iran also share an offshore gas field, called North Dome and South Pars, working closely together on its management and naval security.

"That should not have been seen as a problem but as a blueprint for other countries on how economic cooperation can build into a common security relationship," said Tabatabai.

Spurred on by a fiercely anti-Iran administration in Washington, the Saudis are determined to push back against Tehran's powerful position across the region.

As well as its successful campaigns in Syria, Iranian-backed militias are crucial to the fight against the Islamic State group in Iraq.

Tehran's close ally Hezbollah is dominant in Lebanon, while the loosely affiliated Huthi rebels in Yemen have dragged the Saudis and their allies into a devastating and draining conflict in that country.

"Unfortunately for the Saudis, Qatar has viewed Iran as part of the solution to regional conflicts... and know that military conflict could threaten its economic ties with Iran," said Rezaei.

It remains to be seen whether the aggressive move against Qatar will force it to change its mind, or do the opposite and push it more firmly into the arms of Iran.

But for now, Iranian analysts are basking in the opportunity to depict the Saudis as the bad guys.

"The Saudi government is not content with having a dictatorship internally, they want a regional dictatorship," said Izadi.

"They don't accept any dissent, even from their fellow Sunni governments."