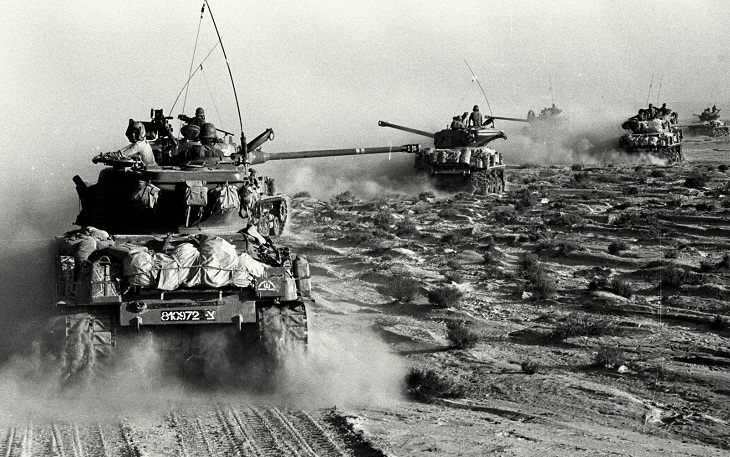 More than just a military defeat by Israel, the 1967 Six-Day War dealt a death blow to Arab nationalism, which helped Palestinian groups to free themselves from Arab governments but also fostered the rise of Islamism.

- How did it affect Arab nationalism? –

"The Arab defeat in the 1967 June war with Israel, together with the death of (Egyptian president Gamal Abdel) Nasser in 1970, was the last straw that broke Arab nationalism's back," says Fawaz Gerges, professor of international relations at the London School of Economics.

"For years, people had been fed a diet of cultural glory, empowerment, and unity," which were overturned in a matter of hours by the forces of the young Jewish state.

"The failure of this foundational myth and the humiliation of its custodian, Nasser" meant that "the rosy promises of Arab nationalism were shattered beyond any mending," said Gerges.

After this defeat, the Arab nationalist regimes -- Egypt, whose president championed Arab unity, Syria under the Baath party and later Iraq under a rival branch of the same party -- "gradually mutated into a variety of police states" using nationalism to justify their power, he said.

- How did it affect Palestinians? –

"For a long time, the Palestinians counted on their Arab 'brothers' to liberate their homeland," said journalist and historian Dominique Vidal.

"It was this illusion which disappeared following the crushing defeat of the Arab forces in June 1967. Conversely, it reinforced the involvement of the fedayeen (Palestinian guerrillas) in the armed struggle that Yasser Arafat's Fatah launched in 1965."

With Israel seizing the West Bank from Jordan and Gaza from Egypt, the Palestinian groups would go on to make Jordan their staging ground for a counteroffensive, and their success in holding off Israeli forces at Karameh in March 1968 "symbolised this new direction," Vidal said.

Boosted by their victory, the Palestinians managed to free themselves from the influence of the Arab regimes, taking matters into their own hands in 1969 when Arafat took over leadership of the Palestine Liberation Organisation.

But the growing power of the Palestinian guerrillas in Jordan led to a bloody confrontation with its security forces in the Black September of 1970 which ended in defeat and forced relocation to Lebanon.

There, Arafat and his supporters became increasingly embroiled in the civil war which erupted in 1975, and after Israel's 1982 invasion, they were forced to move again, this time to Tunisia.

It was only in 1987 that Palestinians in the occupied territories took up the torch by starting the intifada, or uprising, which would eventually lead to the 1993 Oslo accords with Israel.

Both experts believe the brief war could also be considered as the starting point for the rise of Islamist movements.

There was a "power shift" within the Arab world which saw the "decline of Arab nationalism as spearheaded by Nasser and the rise of Saudi Arabia and the petrodollar," said Gerges.

Defeated by Israel, Nasser was still enmeshed in Yemen -- often dubbed "Egypt's Vietnam" -- where he had sent tens of thousands of troops in a disastrous intervention against royalist forces backed by Saudi Arabia.

Back home, he was also waging a determined campaign against the Muslim Brotherhood, arresting thousands of of its members and executing its hardline leader Sayyed Qotb, whose teachings have since inspired many Islamist extremists.

His successor Anwar Sadat, however, did just the opposite, encouraging Islamist groups and allying himself with the Gulf states, whose petrodollars financed them.

"But the rise of Islamism does not only stem from the collapse of so-called 'progressive' regimes," said Vidal.

"It can also be explained by the failure of the first neo-liberal reforms, which began as an experiment in Egypt and then continued across the region.

"This economic turning point went hand-in-hand with a shift in alliances at the expense of the Soviet Union and to the advantage of the United States -- and, in Egypt's case, this meant peace with Israel.

"It was in the context of this double failure of both 'left' and 'right' that the fundamentalists would take root," he said.