Tobacco – a Threat to Development 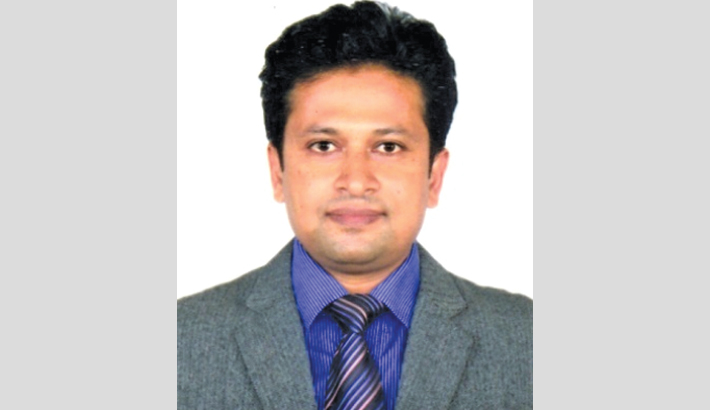 Every year, on May 31, WHO and partners mark the World No Tobacco Day, highlighting the health and additional risks associated with tobacco use, and advocating for effective policies to reduce tobacco consumption. The theme for World No Tobacco Day 2017 is “Tobacco – a threat to development.”

Tobacco is a plant grown for its leaves, which are dried and fermented before being put in tobacco products.

Tobacco contains nicotine, an ingredient that can lead to addiction, which is why so many people who use tobacco find it difficult to quit. There are also many other potentially harmful chemicals found in tobacco or created by burning it. People can smoke, chew, or sniff tobacco. Smoked tobacco products include cigarettes, cigars, bidis, and kreteks. Some people also smoke loose tobacco in a pipe or hookah (water pipe). Although nicotine is addictive, most of the severe health effects of tobacco use come from other chemicals. Tobacco smoking can lead to lung cancer, chronic bronchitis, and emphysema. It increases the risk of heart disease, which can lead to stroke or heart attack. Smoking has also been linked to other cancers, leukemia, cataracts, and pneumonia. All of these risks apply to use of any smoked product, including hookah tobacco. Smokeless tobacco increases the risk of cancer, especially mouth cancers. People who stand or sit near others who smoke are exposed to second hand smoke, either coming from the burning end of the tobacco product or exhaled by the person who is smoking. Second hand smoke exposure can also lead to lung cancer and heart disease. It can cause health problems in both adults and children, such as coughing, phlegm, reduced lung function, pneumonia, and bronchitis. Children exposed to second hand smoke are at an increased risk of ear infections, severe asthma, lung infections, and death from sudden infant death syndrome.

Tobacco is one of the leading causes of disability and death worldwide. Bangladesh has double burden of tobacco production and consumption. It is the common risk factor of different diseases like cancer, lung disease and cardiovascular diseases. Tobacco, especially smoking is a major cardiovascular risk factor and death. Recent evidence has suggests a positive association between smoking and diabetes mellitus (DM) in both male and female.

The heavy burden of tobacco-related ill health in Bangladesh is rooted in the country’s high production and consumption of tobacco products, thus Bangladesh is one of the five focus countries of the Bloomberg Initiative to Reduce Tobacco Use (BI). According to the WHO Report on the Global Tobacco Epidemic more than a quarter of the adult population in Bangladesh use smokeless tobacco (SLT), contributing to high prevalence of oral cancer and other tobacco-related illnesses. SLTs are available in various forms including Zarda, Gul, Khaini and Sada Pata. The price of SLT products is very low, making it affordable to everyone.

Due to the threat on public health, economy and development, a global treaty has been developed, named Framework Convention on Tobacco Control (), by all countries’ active participation, support and input led by the World Health Organization (WHO).  was a first signatory of the FCTC in 2003. After ratifying it in 2004, Bangladesh introduced the ‘Smoking and Tobacco Products Uses (Control) Act 2005’ and developed Rules under this law in 2006. But the law of 2005 is weak. That is why we needed to amendment it.

Bangladesh government passed the Tobacco Control Law in 2005. It came into force in 2006. With increasing awareness about the harmful effects of tobacco use and campaign by various organisations the government felt the need to update the Law and it did so in 2013. Finally, on March 12 this year the government has finalised necessary rules of the Law. It clearly delineates effective ways of controlling tobacco use in Bangladesh. Now, we need to enforce the Law to save people from the harmful effects of tobacco.


The new law  passed parliament on 29 April 2013. It is far stronger than the previous one. The most important features of the amended law are:

All kind of smokeless tobacco came under law. Accordingly leaves, roots, branches and other parts of tobacco or such plants should be treated as intoxicants. In addition to smoking tobacco, tobacco powder (gul), aromatic tobacco (jorda), processed tobacco (khoyni) and white leaves (Sada pata) of tobacco will be considered as tobacco products. Pictorial warnings, covering 50% of the surface, on both tobacco packet sides (also for chewing tobacco and bidis) are included. They should be combined with written messages. The definition of public places & public transports are elaborated. Covered restaurants, workplaces & festival venues are to be considered as public places. The fines for smoking at public places or transports have been increased from 50 taka to 300 taka. Furthermore, owners/managers of public places/transports will also be liable for ensuring their places/transports to be smoke free. All direct and indirect advertisements and promotions for tobacco products are banned. Also sponsorships and CSR (corporate social responsibly) propaganda by tobacco companies are banned. Additionally, smoking scenes in films, video documentaries or in TV dramas are a punishable offence. The sale of tobacco to or by minors is banned. The fine for violation is 5,000 taka. The law also formally established the National Tobacco Control Cell (NTCC) at the Ministry of Health & Family Welfare. NTCC will work for the proper implementation of the law, monitor tobacco control activities, research on tobacco control and do relate activities/actions on tobacco control.’
However, there is a major weakness concerning tobacco cultivation. The previous law offered the possibility of loans on easy terms for farmers willing to . But the government didn’t implement this section within the time period mentioned. Government can enact regulations for motivation to gradually discourage production of tobacco products and its usage, and establishment of tobacco industry, as well as discouraging production of tobacco and its farming.

We need to remember, that tobacco cultivation is harmful for public health (farmers), the economy and the environment. It is also a threat to food security and child education. We hope that the government will enact regulations for reducing tobacco cultivation and at the same time increase the tax on all tobacco products.

However, our hope is that the “Smoking & tobacco products uses (Control) (Amendment) Act 2013 will create more restriction and more awareness on tobacco products, which will intimately help to reduce tobacco consumption. The new law closes loopholes in the country’s existing health laws, including strengthening restrictions on tobacco advertising, promotion and sponsorship and expanding requirements for smoke-free public places.

Basically, it is not only governments who can step up tobacco control efforts: People can contribute on an individual level to making a sustainable, tobacco-free world. People can commit to never take up tobacco products. Those who do use tobacco can quit the habit, or seek help in doing so, which will in turn protect their health as well as people exposed to second-hand smoke, including children, other family members and friends. Money not spent on tobacco can be, in turn, used for other essential uses, including the purchase of healthy food, healthcare and education.

Measures that proved very effective in the developed world, like tax increases on all tobacco products, need to be enforced immediately and the taxes collected should be used to support health promotion and tobacco control programmes. Sustained efforts are needed from the Government to strengthen efforts on alternate cropping and alternate livelihoods to replace employment losses that may come up gradually.

Public health awareness, raising a mass movement against tobacco, sensitizing and educating all health care professionals for tobacco control and cessation by incorporating the topic in medical undergraduate curriculum, nursing curriculum, conferences, scientific meetings, workshops, etc. is vital. Eventually, if all healthcare professionals participate in tobacco control and cessation, it will have a huge impact.

The writer is a researcher and an Assistant Professor, Department of Law, Bangabandhu Science & Technology University, Gopalganj