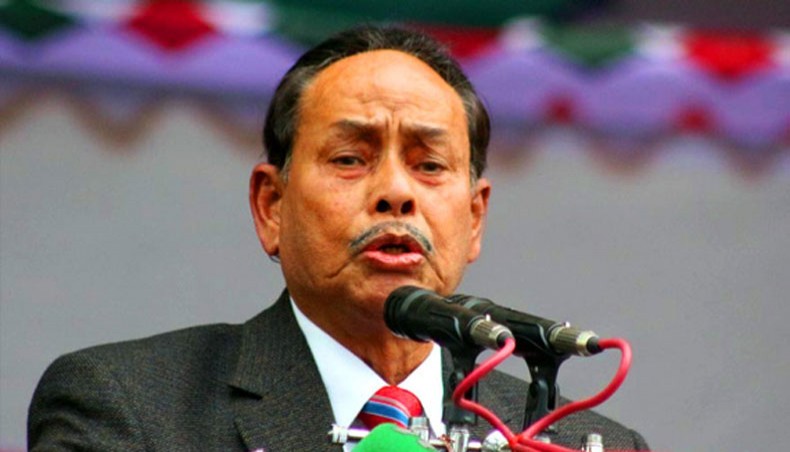 Jatiya Party Chairman HM Ershad has issued a show-cause notice to his international affairs adviser and whip of the opposition in the parliament Salim Uddin, MP for filling a case against ATU Tajuddin Ahmed, a presidium member of the party, under ICT act, UNB reports.

The notice asked Salim Uddin MP to answer by June 4, asking why the party should not take any organisational action against him. In case of failing to provide appropriate answer to the notice served, party will take one-sided action against him, it added.

Ershad said if he (Salim) had any conflict with any fellow party men, he could have informed me. Filing a case against his fellow without discussing the matter in party forum violates discipline.

The notice issued on Saturday also said the dispute between Salim Uddin, MP and ATU Tajuddin Ahmed, also convener of Sylhet district unit JP, could have been solved by the party.

Salim did not keep trust on me and took recourse to means that tarnished party’s image, Ershad added.

Salim Uddin is an elected Member of Parliament for Sylhet-5 constituency with flag of Jatiya Party.