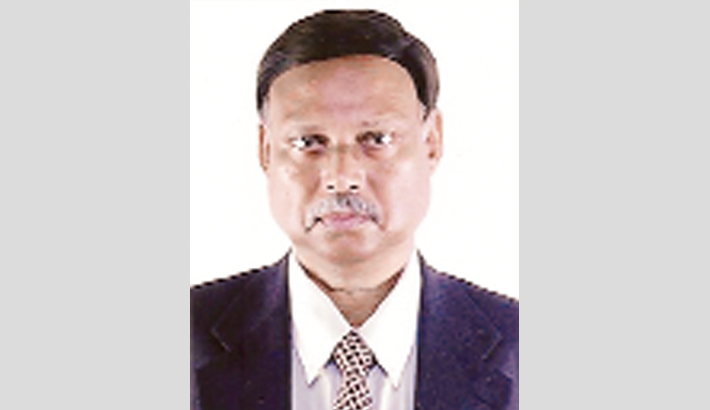 The government has announced on 14 May that the country’s Gross Domestic Product (GDP) growth would hit a record 7.24 per cent in the fiscal year that is going to end on June 30, 2017. But the World Bank (WB) sticks to its earlier growth projection of 6.8 per cent.

Another multilateral lender, the Asian Development Bank (ADB) predicted in last month that Bangladesh’s economy would grow 6.9 per cent this fiscal year. In the same month, the International Monetary Fund (IMF) also made a similar projection over the GDP growth. However, a lower GDP growth forecast by the WB and other development partners is not a new incident for Bangladesh.

The WB forecasted last year that the economic growth of Bangladesh would not be more than 6.7 per cent in fiscal 2015-16. But finally, the growth rate stood at 7.1 per cent in the end of the fiscal year. In a briefing on Bangladesh Development Update held in the city on May 14, the WB economist said Bangladesh’s economy would grow by 6.8 per cent in this fiscal year, down from 7.1 per cent of the last year’s growth.  The WB economist attributed this to sluggish export growth, falling incoming remittance and slowdown in import of industrial raw materials. “These three indicators are very important for calculation of GDP growth,” said   Zahid Hussain, the lead economist of the WB’s Dhaka office.  He, however, said that, except these areas, most of the other indicators were better this year than those in the previous year.

On the other hand, Planning Minister AHM Mustafa Kamal said on May 17 that, the GDP figures, provided by the Bangladesh Bureau of Statistics (BBS), were in no way ‘manufactured’. The minister came up the remarks while speaking as the chief guest at a roundtable discussion on the country’s infrastructure, jointly organised by Dhaka Chamber of Commerce & Industry (DCCI) and BIDA and World Bank Group, at the Pan Pacific Sonargaon Hotel.

Mustafa Kamal said the BBS projection of 7.24 per cent GDP growth for the outgoing 2016-17 fiscal is correct. “End of the day I’m winner.

Because I know my number, I know myself, and I strongly believe my department, my minister. So there is no manufacturing of the figures. No tampering, no arranging, nothing like that at all,” said the minister. He also said those who say that the 7.24 per cent growth figure is not correct do not know the right information behind the figure.

According to the WB, private sector investment would increase slightly in this fiscal from last year’s 22.1 per cent of the GDP. It has remained almost stagnant around 22 per cent over the last five years. However, government spending, a major component of the GDP, has been growing steadily over the last few years. The WB economist also said that, huge quantity of crops lost due to flash flood in haor areas last month was not included in the calculation.

Planning Minister AHM Mustafa Kamal told the newspaper reporters on the same day that the WB and other development partners always make conservative growth forecast. “We didn’t do any engineering and the methodology for calculating the GDP remains unchanged,” said the minister. He said that, the inflow of remittance through authorised channels has fallen, but the overall inflow has not declined. “No matter whichever way remittance came in, it was used for domestic consumption,” the minister said.  He also said that, the country’s per capita income rose to $1,602 this fiscal year from $1,466 in the previous fiscal year.

According to the provisional figures of Bangladesh Bureau of Statistics (BBS) released on May 14, the growth in Bangladesh’s economic output will hit a historical high at 7.24 per cent in the current fiscal year, mainly propelled by a rebound in farm output and exports, and higher investment. Per capita income will soar to $1,602 in the FY 2016-17 from $1,465 a year earlier, The latest growth figure is higher than last year’s 7.11 per cent and the previous two years, 6.55 per cent and 6.04 per cent respectively. It will overshoot the government’s 7.2 per cent growth target.

Industry sector’s share rose to 32.48 per cent from 31.54 per cent, while service sector’s contribution to GDP fell from 53.12 per cent to 52.73 per cent. The BBS Survey on Investment from Remittance (SIR) 2016 found that remittance inflow through non-banking channels jumped to 49.28 per cent last year from 32.68 per cent three years earlier with an apparent yearly increase of 16.60 per cent. Remittance inflow through banking channel, on the other hand, slumped to 50.72 per cent from three-year earlier level of 67.32 per cent following introduction of mobile banking. Mobile banking’s share in pulling in remittance was found to be 14.31 per cent followed by 12.66 per cent by Western Union or MoneyGram and 12.31 per cent by Hundi.

Bangladesh has the potential to become the 28th largest economy within 2030 up from 31st in 2016, according to PricewaterhouseCoopers (PwC). The PwC analysis said Bangladesh has the potentialities to be among the fastest growing economies in coming years. The country will benefit from its youthful and fast growing working-age population, meeting domestic demand and boosting output. Experts, economists and policymakers have said the PricewaterhouseCoopers (PwC) analysis has depicted the potentiality of Bangladesh’s economic growth.

The economy of Bangladesh grew at a higher rate than the government’s estimation to hit the record high at 7.11 per cent in last financial year thanks to a robust growth in industry and service sectors. Earlier, Bangladesh Bureau of Statistics (BBS) had reported a 7.05 per cent provisional GDP growth figure for FY 2015-16 after reviewing nine months’ economic activity for assessing the growth. The growth rate of economy was 6.55 per cent in 2014-15 fiscal. According to the BSS, 7.11 per cent growth was officially the highest growth rate in the country since the independence.

Bangladesh will achieve eight per cent economic growth in the coming two years, Finance Minister made the comment in a discussion arranged by the Bangabandhu Foundation’s Bangladesh Bank chapter on January 16. This is good news that the country’s economy is moving steadily towards a healthy growth coming out of a growth trap of six per cent maintained for a long period of time. The government has recently approved 24 more economic zones, including two separate special zones for Japan and India. Surely, these steps are encouraging developments towards achieving eight per cent economic growth target.

Prime Minister Sheikh Hasina declared her government‘s intention to make Bangladesh a middle-income country by 2021 and subsequently to set up in the next five years Vision 2041 for a developed country.   She also promised to increase per capita income to $1500 from existing $1044 and GDP rate to 10 per cent from existing 6.2 per cent in the next five years, reducing the rate of poverty at 13 per cent from the existing 26 per cent by 2021.

All these are encouraging development towards achieving the status of middle-income countries by 2021. But the rancorous politics is the main barrier, which has already destroyed the economy which was throbbing with life only three years back. We may have to look to other countries around us to find an increasing trend of interplay between politics and economics. The economics of a country can never be right if its politics goes wrong. A developing nation like us cannot afford to aggravate its economy because of petty political disagreements. So, for the greater interest of the nation, its economy should be de-linked from politics to achieve eight per cent growth target.