Facebook CEO Mark Zuckerberg is not running for public office 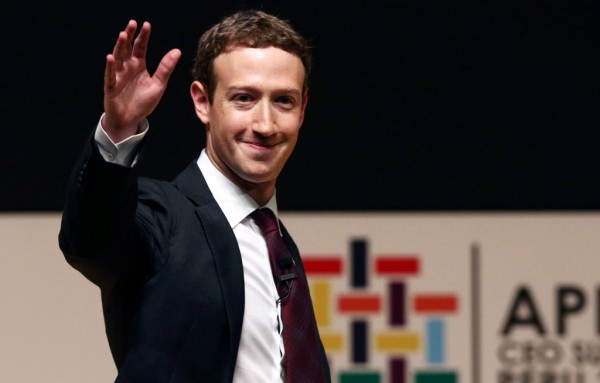 Facebook CEO Mark Zuckerberg says his quest this year to visit every state he hadn't before is about building relationships, not politics.

The 33-year-old billionaire wrote in a Facebook post that some users have asked if the trip means he's running for public office. Zuckerberg says he's not running for anything. Instead, he says the visits around the country are in order "to get a broader perspective.''

He said Facebook is looking to connect users beyond people they already know, and he wrote that it may be important that the platform connects users to "people you should know.'' He describes those as people outside a user's social circle who he says "provide a new source of support and inspiration.''

Facebook is exploring models for building those connections, Zuckerberg said.

He wrote the post Sunday from Newport, Rhode Island, where he was spotted with his wife, Priscilla Chan. Massachusetts real estate broker Gisele Borghani said she and her family were walking on a crowded sidewalk to Newport's Easton's Beach when they nearly bumped into the couple.

"I said, 'Hi,' and he smiled back and she smiled back,'' Borghani said. "They were just minding their own business like two normal people.''

She said Chan was wearing a baseball cap from Maine, where the couple was spotted a few days ago. The couple was flanked by two bodyguards, who were walking about 10 feet back, she said.

Borghani said the resort town was packed with people enjoying the beautiful weather and the city's oyster festival.