Insomniacs can spray sleep right onto your skin 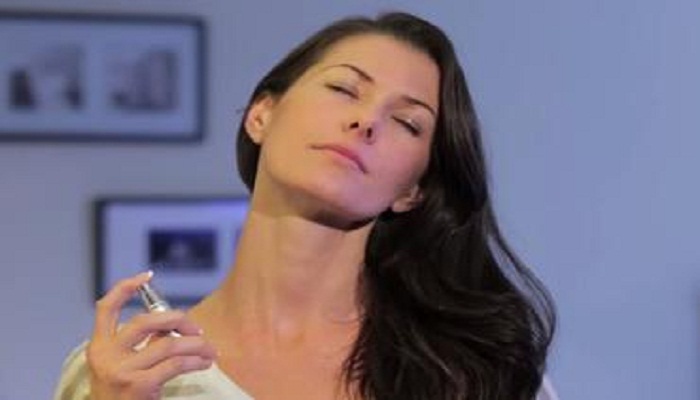 What do you do when you've been up half the night getting micro-drunk with that nifty alcohol spray from 2012, but now you really need some shut-eye to be able to function in the morning? Reach for the sleep spray, of course.
Sprayable Sleep purports to be exactly what it sounds like: Spritz this mist on your neck a couple of times about an hour before you want to pass out and you'll be well on your way to pleasant dreams of a world filled with sprayable coffee, chocolate and time travel. A creation of the same team that brought us caffeine in spray form -- a former Thiel fellow, a Goldman Sachs VC and a transdermal medicine expert -- it's already surpassed its crowdfunding goal on Indiegogo by almost 1,000 percent in less than two weeks.
Don't fear, this isn't a chloroform mist. It's actually just water, an amino acid called tyrosine, and melatonin, the hormone your body produces to regulate your sleep and wake cycle. Melatonin is the key active ingredient, and it's also found in a pill form with the same purpose. Around my house, it's known as "that sleeping pill that never works."
But the Sprayable Sleep team says their delivery method could be the solution. Their product pitch claims that melatonin in pill form delivers much higher doses than the body needs, with much of it quickly leaving the system via the liver. The Sprayable Sleep crew says letting the hormone slowly be absorbed through the skin is more akin with how it's naturally introduced into the system by the pineal gland.
It remains to be seen whether a spray's better for sleep than pills, but the insomniac masses are lining up to give the mist a try. So far, over 2,200 funders have chipped in on Indiegogo and the campaign passed the $153,000 mark while I was writing this. There's still plenty left though -- at the moment a $15 pledge (about £9.9, AU$19) gets you a bottle with 30 uses to be delivered by July to US backers and August internationally. Until then, I guess you'll just have to keep hitting the spray alcohol until you finally pass out. (Editor's note: definitely don't do that, please.)