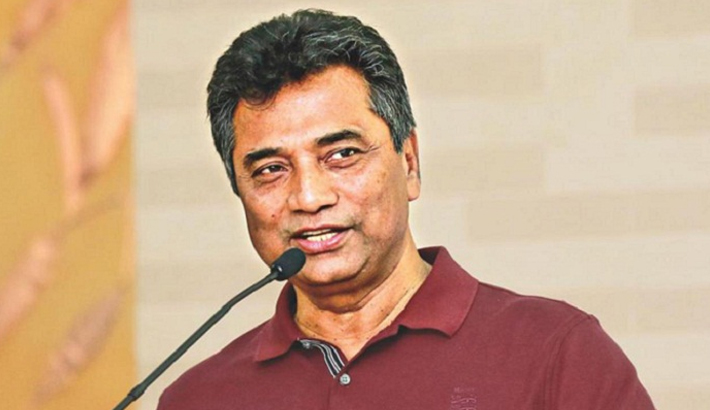 Dhaka North City Corporation (DNCC) mayor Annisul Huq has sought help from all quarters in changing the facelift of the capital.

“Please, stay with us. You will find difference in Dhaka. It will change every month,” he said while exchanging views with editors and senior journalists in the capital on Monday.


Annisul was addressing the function at a city hotel, marking his two years in the office.

“We would not commit mistakes willfully,” said Annisul, who took over the charge on May 14 in 2015.

“Many say that Dhaka city is not fit for living. I differ with this as some 92,000 people live in a square kilometre. It is difficult to manage such a big number,” he said.

Terming Dhaka a different city, the mayor said once the living standard was downtrend, but the situation has improved.

Sharing his two-year experience in office, the mayor informed that it was a great challenge to demolish illegal structures.


“Some 450 houses and 267 temporary structures have been pulled down in the last two years. Some 3.30 lakh square feet of road have also been recovered,” he said.

The mayor also informed that some 1.75 lakh illegal banners and festoons were removed from various parts of the capital.

He said it was really tough to remove banners and festoons of political parties.

“Cases were filed against some persons for hanging banners. I went to their homes and requested them to remove the banners. Now less number of banners is seen in the city,” he said.

Though the mayor becomes successful in removing banners, he has to face problems in fighting a mosquito menace.“I am tired of it as the mayor’s house does not get respite from the mosquito attack. Yet, we have taken measures to  address the issue,” he said, adding that some Tk 25 crore has been allocated to combat the menace.

“We have not seen any project which will develop mental health. I think cultural centres, playgrounds and libraries should be there for intellectual development of the new generation,” he said, asking the mayor whether he would take such steps for the sake of the next generation.

The Bhorer Kagaj editor said though the illegal truck stand has been removed from Tejgaon, other transports occupy the main thoroughfares and by-lanes.

He asked the mayor whether Karwan Bazar would be shifted to another area in time.Answering a question, the mayor said, “Though I am not a politician, politicians have been assisting me in changing the facelift of Dhaka. It’s teamwork.”

Responding to another query, the mayor said the DNCC did not pay attention to construction of cultural centres as it was under pressure to construct drains and roads.

“But, a library has been set up at Razabazar while another will be set up at Shah Ali Market,” he said.

Replying to a question on Karwan Bazar, Annisul said the market remained a concern for the last 50 years.

“Discussions are continuing for the last one year to shift the market. Some 70 percent of the market remains vacant soon,” he said.