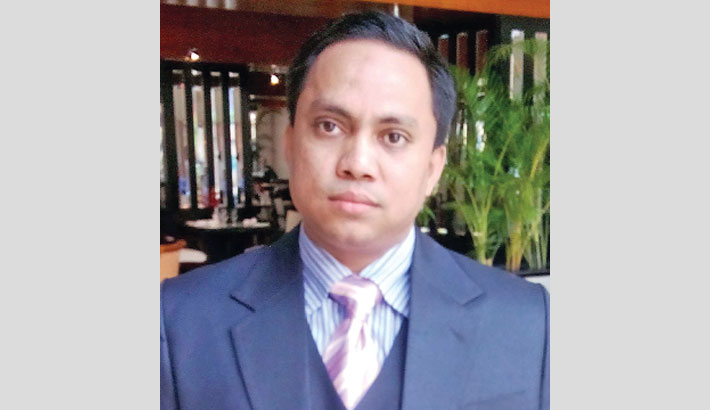 The Federation of Bangladesh Chambers of Commerce and Industry (FBCCI) is the apex trade organisation of the country. It represents all the Chamber of Commerce and Sectoral Associations in home and abroad.

In one sentence we could term it as the focal point of Bangladeshi Private Sector. The General Body (GB) of FBCCI includes representatives from all the district chambers, joint chambers, metropolitan chambers, trade/sectoral associations including the women chambers and associations. No doubt that FBCCI general body is the comprehensive and inclusive forum with proper representations from each of the sectors and sub-sectors of Bangladeshi entrepreneurs. They are the key players of the economy. They are contributing directly in GDP growth, employment generation, export earnings and finally in the poverty alleviation of the country.

The general body of the Federation used to elect the Board of Directors through nomination or direct election. As part of their regular activities the GB of FBCCI elected its leadership for next two years (2017-2019) on 14 May (Sunday). We are waiting to welcome a group of dynamic, forward looking, knowledgeable and effective leaders to lead the federation for next two years. Current election of FBCCI has a significant difference than that of the previous elections. Current transformation trend of the economy (from agriculture dependent economy into industrialized economy), remarkable amount of foreign currency reserve, significant amount of idle money in the banking system, rising number of idle higher educated youth, achievement of our national economic visions, local and foreign investment trend, single product dependency in the export earnings, upcoming national election, concurrent change in the international economic ecology etc. made this election significantly different than that of the previous one. Therefore newly elected FBCCI leaders (Board of Directors) will face a series of built-in challenges in-front of them. The newly elected Board of the federation could consider the following issues in their action plan:

1. Amicable Settlement with the New VAT and Other Business Related Laws: The government of Bangladesh is planning to implement new VAT law from July 2017. It is one of the widely discussed issues that the new VAT law (Draft) has few inconvenient points for the business community. There are scarcities of in-depth research findings with the issues. Therefore the upcoming leaders could take necessary initiative to measure the inconveniences through methodical research. Foreign best practices could be identified and select a best practice to be replicated here in Bangladesh in this regard. Both the parties the government and the private sector have to be cooperative to reach into an amicable settlement with this new VAT law. The newly elected Board of FBCCI have to consider the issue as first priority to safeguard stakes of the micro, small, medium and new entrepreneurs here in the new VAT law as well as other upcoming business related laws.

2. Finding out a Way Forward to Utilise the Idle Money of Banking System: We have mentionable amount in the foreign currency reserve along with a significant amount of unutilised funds in the banking system. This unutilised fund has to be invested into productive sector for boosting up the investment wheel. We have unutilised funds but the rate of interest is comparatively higher than that of the competitor countries. So a way forward has to be identified to utilise this idle fund and moving the investment wheel.

3. Initiative has to be taken to Diversify Product Basket: Bangladesh is the top denim exporter of the world. It is one of the key players in knitwear and readymade garment (RMG) export. What is next? We have potentials in leather goods sector, agro-processing sector, plastic sector, light engineering sector etc. But none of the sectors are coming up with a movement like RMG. Why newer sectors are not becoming export leader or near about RMG? This is because we have limitations in terms of new product designing and development. At the same time we have limitation to maintain international standard of existing products. Therefore new FBCCI leaders could take the issue seriously and establish few product research, design and development centers for potential sectors. They could claim funding from the development partners in this regard.

The government of Bangladesh announced 2017 as Leather Goods Year. But in absence of significant development initiatives (projects and policies) this announcement may not be worthwhile. The newly elected business leaders could take this issue to make the Prime Minister’s announcement meaningful.

4. Internationalization of Bangladeshi Brands: Bangladesh is still lagging behind to establish an international brand. Walton has started this journey in a limited scale. I think all the major exporters of the country have this ability to establish own outlets abroad and establish Bangladeshi brand image with the world class products. The upcoming business leaders could negotiate with the government to allow outwards investment with few precautionary measures.

5. Creating and Maintaining a Congenial Trade Regime with the Major & Potential Export Markets: Brexit, US presidential views with NAFTA and sloth movement of implementing WTO agreements etc. issues are giving us a signal of tomorrow’s global trade regimes. Bilateral trade arrangements are becoming faster and fruitful means of international trade regime. Till now we do not have a single effective bilateral trade, service or investment agreement with any global players or our major trade partners. Therefor the new FBCCI leaders could think of the issue seriously and insist the government to sign bilateral trade agreements with our major and potential export destinations to create and maintain a congenial trade regime with them. Otherwise we could be isolated in the international market after a certain period.

6. Private Sector’s Capacity Building to Achieve SDGs: We are committed to attain the sustainable development goals (SDGs) by 2030. Government is enacting necessary policies and laws to facilitate the SDG achievement. But main game has to be played by the private sector.

Almost all the sub-sectors of Bangladeshi private sector have limitation in terms of skills, knowledge and know-how. Fiscal and technical limitations are toughing the goals near about impossible. Therefore the private sector leaders like FBCCI Board has to be proactive to play due role in capacity building of the private sector as per requirement of concerned sectors.

7. Special Attention has to be given to Employment Generation: Idle brain is a devil’s heaven. Idle young force is the engine of social unrest.

Bangladesh has 3 million plus unemployed young forces at this time, another 2.2 million jobseekers are entering into the job market every year.

Low or primary educated youth are going abroad as worker but a significant number of (not less than 1 million) higher educated middle class youth are remaining idle. This huge number of non-productive young people could be harmful for the family, society as well as the country. This problem could be more visible as an uncontrollable challenge in near future. Therefore it is the right time to think with the employment generation, facilitating self-employment opportunities like freelancing, entrepreneurship etc. Government alone could not be successful if adequate support is not available from the private sector.

From the above discussion it is clear that the new leadership of the Bangladesh private sector i.e. the Board of Directors of the FBCCI has significant role in employment generation, capacity building of the private sector, fostering the investment movement, creating and maintaining congenial trade regime in home and abroad. Therefore the GB members of FBCCI could think a while to elect learned, capable, farsighted, proactive and dynamic leaders to contribute in nation building movement toward a sustainable economic development of Bangladesh.

The writer is a regular contributor of daily sun