Light jogging is best for a long life: study 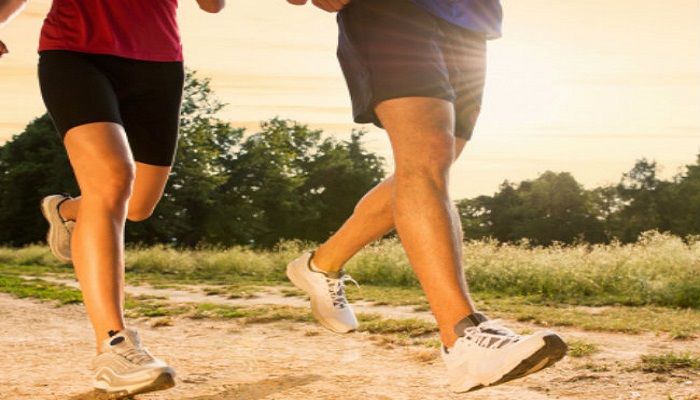 Miami:  Vigorous exercise such as fast running might be harmful to your health over time, according to a Danish study that found light jogging is best for longevity.
People who did not jog at all were just as likely to die as people who jogged strenuously and often, according to the 12-year study in the Journal of the American College of Cardiology.
But those who jogged lightly, between one and 2.4 hours per week, were the least likely to die suddenly, said the findings based on 1,098 healthy joggers and 413 healthy but sedentary non-joggers in the Copenhagen City Heart Study.
Researchers had access to records that tracked hours of jogging, frequency and the individual's perception of pace.
The optimal frequency of jogging was no more than three times per week, and slow to moderate joggers experienced significantly lower mortality rates than fast-paced runners.
"It is important to emphasize that the pace of the slow joggers corresponds to vigorous exercise and strenuous jogging corresponds to very vigorous exercise," said Peter Schnohr, a researcher from the Copenhagen City Heart Study, Frederiksberg Hospital in Copenhagen, Denmark.
"When performed for decades, this activity level could pose health risks, especially to the cardiovascular system."
Past research has found similar correlations between light to moderate exercise and long life, as well as the higher death risk associated with vigorous exercise.
"If your goal is to decrease risk of death and improve life expectancy, jogging a few times a week at a moderate pace is a good strategy," Mr Schnohr said.
"Anything more is not just unnecessary, it may be harmful."