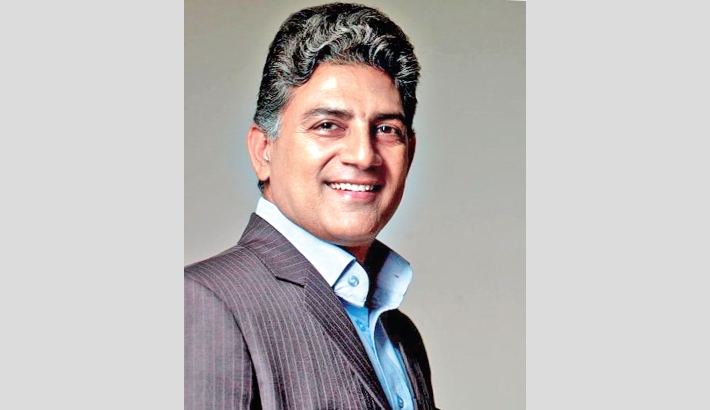 The recent but much awaited India visit of Bangladesh PM Sheikh Hasina has drawn wide spread attention in both the countries. Though people may see the visit in the light of their own political inclinations and political compulsions of opposition parties in Bangladesh may not permit them to appreciate the growing cooperation between the two countries, one must look at the visit in the light of infrastructure development needs of Bangladesh as a country.

The trust and confidence of both sides have touched a new level thanks to the reaching out attitude of PM Modi and decisive leadership of PM Hasina. After the initiative of Dhaka visit by Modi in June 15, this visit of Hasina was overdue. The keenness & commitment of India for stronger friendship with Bangladesh was demonstrated by Modi when he put the normal protocol aside and received Hasina personally at the airport.

To fulfil expectations of everyone from such visits are impossible. However the positives of the visit can be seen in the light of signature on 22 agreements and the disappointment can be attributed to non-agreement on Teesta water. The signed agreements envisage investment of USD 4.5 billion as credit line for power & infra projects, USD 500 million for Defence hardware and another investment of USD 9 billion mainly for strengthening the power capacity of Bangladesh.

While the entire details of the power and infra deal are yet to come, let’s look at the power agreements to find out what it holds for Bangladesh. The total installed power generation capacity of Bangladesh as on Feb 17 is 13,179 MW catering to the load of only 9036 MW. It translates into a per capita consumption of 321 kWH. Now compare this number with India’s per capita consumption of 1075 kWH and that of Pakistan’s 450 kWH.

These figures clearly show that Bangladesh has a long way to catch up. Currently one third of its population still does not have access to electricity. Successive Indian Govt in last 15 years have done a lot in terms of policies and regulations to achieve commendable growth in power generation as well as transmission capacity resulting in comfortable situation of today. Bangladesh must learn from Indian experience.

To achieve a consistent growth rate of 7%, Bangladesh has targeted to nearly double the installed capacity of power generation by 2015 to 25,000 MW. In other words, this ambitious target envisage adding as much power generation capacity in next 8 years as was installed in the country in the last 46 years ! That’s a big challenge. It’s a forgone conclusion that in absence of adequate power, the country will not be able to achieve the GDP growth it looks for. There was and is an urgent need to take immediate steps if Bangladesh were to achieve its ambition of growth and that’s what lead to these power agreements with India. While one can always find negatives in any deal for content and price, the commercials worked out by Bangladesh for both Reliance and Adani deal are more than fair by international standards. However the Bangladesh’s Govt should take all proper steps to cut bureaucratic red tape in order to implement the projects without delay. The completion of these projects at earlier dates will hugely benefit Bangladesh and will help catching the ambitious GDP growth rate.

While PM Hasina had well focused this visit in the context of the country’s power needs, creating mass high tech human capital should also be the top most priority of the Govt. Enhancing the level of technology education in Bangladesh should be a definite goal. India for that matter has done great in this field particularly in the last 40 years by creating & nurturing world class education institutes like IITs, IIMs and NITs. These institutes are responsible not only for creating the work force that is earning valuable forex for India but also building reputation of India as a software HQ of the world and that of Indians as most tech savvy people on earth. It would have been better and would be wise if the Bangladesh asks for opening of few institutes of repute like IIT and IIM in the country with the collaboration and cooperation of India. This would a go a long way in upgrading the level of technical and managerial talent in the country. Such initiative need not be limited to only Govt level. Rather Bangladesh Govt should enable policies and encourage private educational institutes to set up more technology institutes in partnership with Indian institutes. Times have changed and today the countries are valued by their human capital rather than physical resource. Any Govt is the chief custodian of enhancing the value of human capital of its country and Bangladesh is no exception. Bangladesh can and should collaborate with India in achieving the paradigm shift for making its human capital more valuable. At the same time the companies of like Reliance and Adani should be requested to open Power Institutes in the country to educate and train more local boys and girls in power generation and transmission technology. If the power generation ought to double in next 8 years then Bangladesh will need at least 50% additional manpower to work in its power industry. It’s a mega plan and therefore should be taken as a mission.

Coming on Teesta, it would have not taken more than two decades if it was a simple issue. It was very clear even before the visit that it will not be resolved. The reason is not anything but the local political ramifications of the deal. The elections in all north east territory of India are over for now and the next big state is West Bengal where BJP wants to make a big dent and Mamta Didi would leave no stone unturned to come back. Didi would like to have Teesta in her pocket to show Modi Govt her veto power. The current animosity between the Modi Govt and West Bengal Govt has also not helped the cause. Therefore the deal will not happen unless both Modi Govt and Didi agree for it. Democracy does not always present easy choices and Teesta is one such matter. In the light of WB elections and potential sensitivity of Teesta water issue, Modi Govt will not take the risk of overruling Didi till the next WB election but there is a good chance for the deal to mature immediately after the next election. However it’s a foregone conclusion that there should be more engagement between politicians of Dhaka and Kolkata to create friendlier environment. Given that both speak the same language, it may be possible for both to be on the same page with some efforts.

The fact that Delhi is showing an attitude like never before, Bangladesh should take full advantage of its tangible and intangible gains. The high voltage push of ‘Digital India’ and ‘Clean India’ are two such personal initiatives of PM Modi where he would go extra mile to transfer India’s learning to Bangladesh. It’s in Bangladesh’s interest to collaborate with Indian Govt and private sector to transform Bangladesh into a digital society given that the country has 98% coverage of mobile telephony and 54% of population using mobile.

Bangladesh and India are natural friends considering the history of the two nations. How close they grow from here will depend on the attitudes of both govts; whether they open themselves to collaborate more for the sake of people & country or reject each other more for the sake of politics & vote bank.

The writer is Management Advisor, www.ravisharma.in