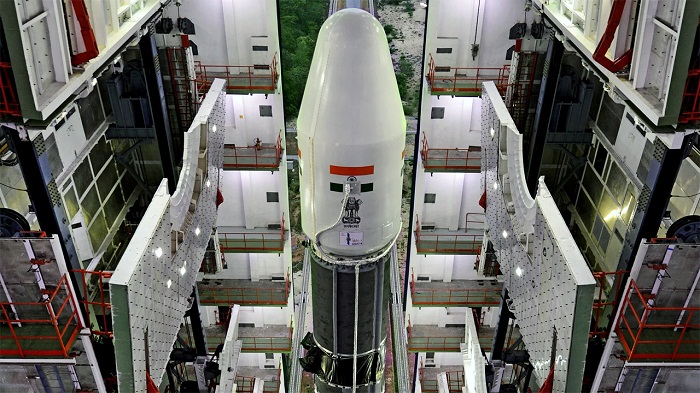 BENGALURU: A 28-hour countdown for the launch of the "South Asia" satellite or GSAT-9 began at 12.57pm on Thursday.

The Geostationary Communication Satellite built by the Indian Space Research Organisation (Isro) will blast off on Friday from the Satish Dhawan Space Centre in Sriharikota.

The satellite will be launched on board the space agency's rocket GSLV-F09. Costing around Rs 235 crore, the satellite would serve the neighbouring countries through 12 Ku band transponders carried by it and has a mission life of 12 years.

The satellite is meant for providing communication and disaster support, connectivity among the countries of South Asia region.

Seven out of the eight SAARC countries are a part of the project, as Pakistan decided to opt out stating "it has its own space programme."

It will provide a significant capability to each of the participating countries in terms of DTH, certain VSAT capacity plus linking among the states for disaster information transfer.

If there is one thing that Prime Minister Narendra Modi's series of visits to South Asian countries and a slew of bilateral partnerships hopes to achieve, it is the regional integration, and, Friday's launch of the "South Asia" satellite is being seen as a major push in this direction.

The "South Asia" satellite will also provide a secured hotline connection between India and other participating countries: Afghanistan, Bangladesh, Bhutan, Maldives, Nepal and Sri Lanka. This can not only be used during natural calamities and disasters but also during several man-made problems like terror attacks, insurgency, a military coup and so on.

However, as a senior MEA official puts it, there is more than just a hotline that India is providing: "Yes, regional communication is at the heart of regional integration that PM Modi has been emphasising on through all his bilateral partnerships. But integration is the prime motto and this satellite is a shining example of how to work together with like-minded countries and people."

The MEA, the official says, sees more than just a hotline to build partnerships through this project and the satellite has enough to offer.

"From broadcasting to telecommunication and telemedicine and from exchange of data of all kinds, like library information and meteorological findings, there are a host of applications that the GSAT-9 (South Asia Satellite) will provide India's neighbours," a senior Isro official said, adding that each country will be able to use at least one transponder for their local needs.

The MEA official said that through this, what India's is offering is not just its technological prowess but also "a shared future." "...The underlying philosophy of "Sabka Saath, Sabka Vikas" is to share the fruits of development for a shared future. We (MEA and PMO) have been working closely with out neighbours and this will bring us closer," the official said.

Sources who were privy to the meetings held in the run-up to the satellite development said that one of the major priorities of the neighbours was disaster management. "This satellite will help our neighbours to use India's expertise in managing situations during natural disasters. We have a neighbourhood that's highly prone to earthquakes and Tsunamis," the official said.

While each of the countries can use the services from the satellite to meet their own local needs, there are also plans for some common interests that involved all the countries, the official said. "They will now immediately focus on building up infrastructure to utilise these services," the official added.

On whether there have been requests for further help to build up such infrastructure or get their manpower trained, the official said: "Parallel to the satellite launch, negotiations and talks are ongoing. Yes, some countries have indicated that they may need help, and we are open to it. The priority is to implement this."