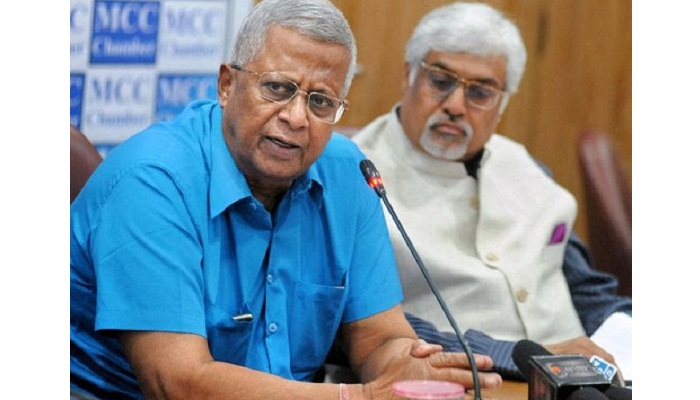 "Bangladesh's rights as a lower riparian has to be honoured. There is no way we can overlook it," said Roy, a former president of India's ruling BJP's West Bengal unit.

"Modiji (the Indian prime minister) is determined to settle the issue of Teesta and other common rivers with Bangladesh. This will happen sooner or later, because this is a not party issue but involves India's sovereign commitments."

Roy said if India honours the Indus Waters pact with Pakistan, which is sponsoring terrorism in India and beheading Indian troops, there is no reason why "we should deny a very friendly neighbour like Bangladesh its due share of Teesta waters and the waters of other common rivers."

Roy told bdnews24.com on the sidelines of the inaugural function of Boxanagar Press Club in Tripura's Sonamura district that 'there were domestic political problems' but insisted that they will be resolved soon.

When a Bangladesh journalist asked Roy about West Bengal Chief Minister Mamata Banerjee's opposition to the Teesta treaty, he said: "Holding the constitutional post of a governor of an Indian state limits me from making political comments, but I can surely say that there is no way Bangladesh can be denied its fair share of river waters as a lower riparian."

"This is not an issue of politics or parties, it is all about public international law and India's sovereign commitment to honour it in dealing with neighbours. That is why we cannot stop Indus waters even though Pakistan is provoking us by sponsoring terrorism.

"And if we don't deny Pakistan, how can we deny a friend like Bangladesh, there is no way India's sovereign commitment can be held hostage to someone's whims and fancies."

This is by far the strongest pitch an Indian leader, especially one from the BJP as senior as Roy, has made since the Modi-Hasina dialogue in Delhi in April.

Roy's constitutional position as governor prevents him from attacking any political leader but during the interview at Boxanagar, Roy dropped sufficient hints that his party and its leaders like Modi were upset with Mamata's opposition to the Teesta pact.

"We can surely tweak the agreement a bit with mutual consultations, the share can be slightly reworked, but how can anyone say no water from Teesta will be available to Bangladesh," Roy said in reply to a question by a Bangladesh journalist.

In fact, he made this point and supported an early solution on the Teesta and other common rivers during his inaugural speech at the Boxanagar Press Club.

He lauded the role of the Hasina government in fighting terror, throwing out anti-Indian rebels and providing India connectivity to Northeast.

"India will be ever grateful to the daughter of the great Bangabandhu, both are great friends of India and it is our time now to give back what Bangladesh wants. Fair share of river water is their right."