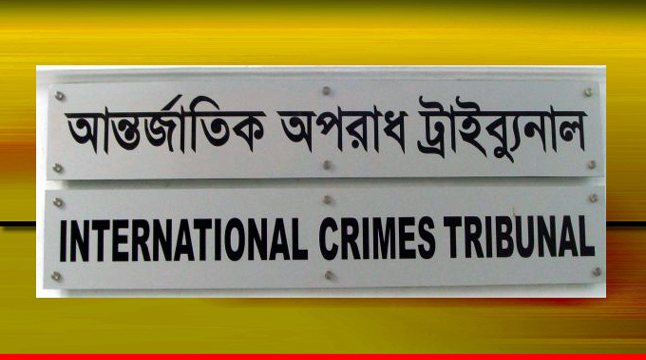 The accused are Azizur Rahman, 65, Ashak Ali, 82, Md Shahnewaz, 88, and Khalilur Rahman, 72, of Durgapur upazila of Netrokona. Of these, apart from Khalilur all the accused are behind bars right now.

"We have pressed five charges against them including murder and rape. The tribunal set June 14 for passing order on cognizance," said prosecutor Rana Dasgupta.

The ICT investigation agency on January 30, had finalized probe report in the case against the four.

"Of the four, Khalilur was the commander of local Al-Badr Bahini," Abdul Hannan Khan, chief coordinator of the agency, told the newsmen at a press briefing held at its office on that day.

The probe agency boss said during the investigation they have found

involvement of the accused with the killing of 22 people, rape of a woman, looting of 15 houses and setting fire to seven of those in Durgapur and Kalmakanda upazila in Netrakona.

"There were five accused in the case but Ramjan Ali, 78, died of old age complications in police custody on September 30, 2016. So we left his name out of the list," said M Sanaul Huq, senior coordinator of the investigation agency.

According to the agency, all the accused were involved with politics of either Muslim League or Jamaat-e-Islami in the early 70's and subsequently joined Razakar and Al-Badr as the war unfolded.

"We initiated the probe on April 30, 2015, and recorded testimonies of 79 people while making this 546-page report. It is 46th probe report from the agency," Khan added.