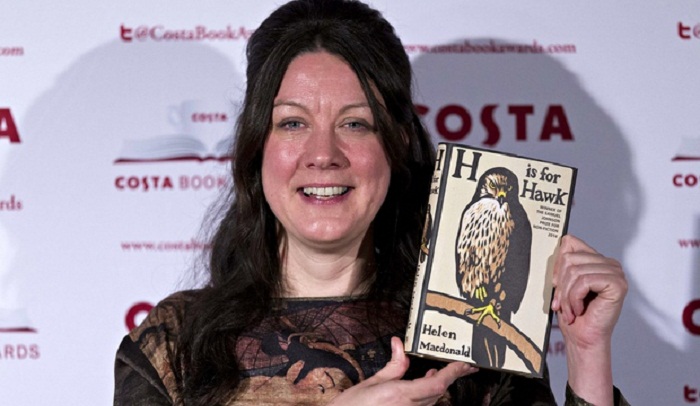 LONDON: Helen Macdonald's memoir H is for Hawk has been named Costa Book of the Year.
The book is the author's personal account of training a goshawk as a way of dealing with grief following her father's death.
The £30,000 prize aims to honour outstanding books by authors based in the UK and Ireland and was previously called the Whitbread award.
H is for Hawk is the sixth biography to take the overall prize and the first in 10 years.
'Strange book'
Macdonald told the BBC she was "in pieces" after winning the award in central London on Tuesday night.
"I'm absolutely thrilled and surprised and bemused, and it's wonderful," she said. "I am so, so thankful to the judges."
She described the work as a "very strange book", adding that she "didn't think anyone would read it".
Macdonald said that the memoir was intended as a "love letter to the English countryside and all that we're losing and have lost".
H is for Hawk - a synopsis
As a child, Macdonald is determined to become a falconer.
She learns the arcane terminology and reads all the classic books - including TH White's tortured masterpiece, The Goshawk, which describes White's struggle to train a hawk as a spiritual contest.
When her father dies and she is knocked sideways by grief, she becomes obsessed with the idea of training her own goshawk.
She buys Mabel for £800 on a Scottish quayside and takes her home to Cambridge.
Then she fills the freezer with hawk food and unplugs the phone, ready to embark on the long, strange business of trying to train this wildest of animals.
Macdonald beat novelist and bookmakers' favourite Ali Smith, with How to be Both, debut writer Emma Healey's Elizabeth is Missing, poet Jonathan Edwards with My Family and Other Superheroes and author and journalist Kate Saunders, with Five Children on the Western Front, to win the overall prize.
The book has also won the Samuel Johnson Prize for Non-Fiction. Macdonald said she had had an "astonishing" year and said she had often been "brought to tears" by her readers' own stories of grief and bereavement.
Bestselling novelist Robert Harris, who chaired the judging panel, said it was a clear winner.
He said: "Several people felt very passionately that it haunted them and they would never forget it and everyone agreed it was brilliantly written, wonderful kind of muscular prose - really precise, scalpel-like prose and staring at grief with the unblinking eye of a hawk."
Macdonald was a clear winner on the first ballot after the judges spent 90 minutes deciding on the winner, he added.
BBC correspondent Nick Higham spoke to the author - a Cambridge academic - for the News channel's Meet the Authors.
Last year's prize went to Nathan Filer's debut novel The Shock of the Fall.