Beauty in cultures around the world 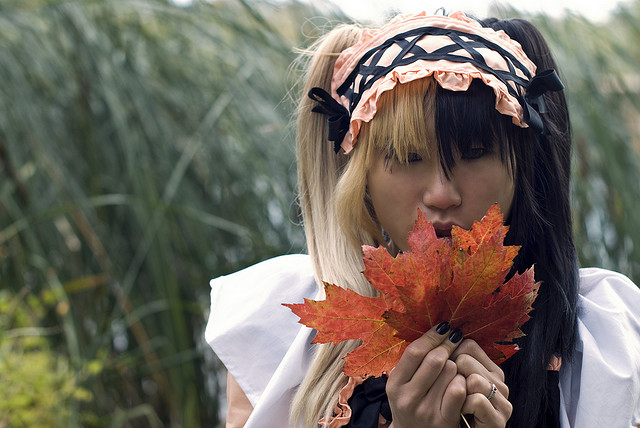 Beauty has different standrads and different defitions around the world. Here is a window for you to take a tour on what it means in different cultures. However, its important to remember that real beauty is skin deep
Beauty in South East Asia: Being thin
No matter the caste in Bangladesh, India, etc women adorn their bodies with colorful saris, dupattas, nose rings, bindis and henna, particularly for festivals and celebrations such as weddings.
Traditionally, being a thin woman was not thought of as attractive or healthy in India. But as Aruna Radhakrishna notes in her piece, India Walks a thin line to beauty, western influence has infiltrated to the point that being skinny is becoming the beauty ideal.
Beauty in Mauritiana : Being fat
Larger women are considered the ideal by men in the African country of Mauritania, where “fat-farms” still exist, not to slim women down, but to beef them up.
Though the practice is starting to die out, there are still seven and eight year-olds being taken out of school and left at the farms.
There, they are forced to eat dates, couscous, and other fattening foods all day. Traditionally, a large girl or women denoted her higher class and status, therefore defining her beauty.
Beauty in Japan: Wild Styles
In Japan, especially the large cities, traditional Japanese dress has given way to often outlandish fashion, hair, makeup, and even skin coloring called Gyaru.
There are many categories that fall under this name, from the moderately to extremely tanned Ganguro, popular in the late 1990s to B-Gyaru, which imitates the fashion of female R&B artists.
Beauty in China: Foot Binding
Though foot binding is no longer a common tradition in China, the impact of this tradition – which lasted until the 1940s – can be seen on some elderly Chinese women.
Binding the feet involved breaking the toes and pushing them up against the sole of the feet, then tightening and sewing bandages around the entire foot.
This was considered erotic to men, and also limited the mobility of women, both literally and also within politics and the world at large.
Beauty in Brazil: Darker Beauty
Brazilian women have traditionally been thought of as toned, tanned, and curvy. Though not large by any means, the ideal of beauty in Brazil included hips, a smaller chest, and a rounder backside, otherwise known as a “guitar” shape.
As is true in several other countries, though, this beauty ideal has begun to change. At least according to author Mary Del Priore, who writes in her book, The History of Private Life in Brazil that “today it’s the rich in Brazil who are thin and the poor who are fat.”
Beauty in Thailand: Fair Beauty
Even as ideas of beauty shift worldwide to incorporate the multifaceted beauty of different skin colors,skin whitening still is revered by some in Asia.
Lighter skin signals more affluence in places ranging from Thailand to India, where skin whitening creams are sold for cheap in open air markets.
But these creams can be permanently disfiguring, as one Thai singer found out after using one in hopes of improving her career.
Beauty in Burma: Long Necks
Women of the Kayan tribe, many of which are now refugees from Burma (now Myanmar) living in Thailand, often wear brass coils around their necks to give the illusion they are lengthened.
Starting at a young age, the coils are wrapped around the neck, and more are added over the years, which in actuality pushes down the women’s shoulders, producing the effect that their neck is longer.
These neck rings are both used as a way to attract men and now as a controversial attraction for tourists.