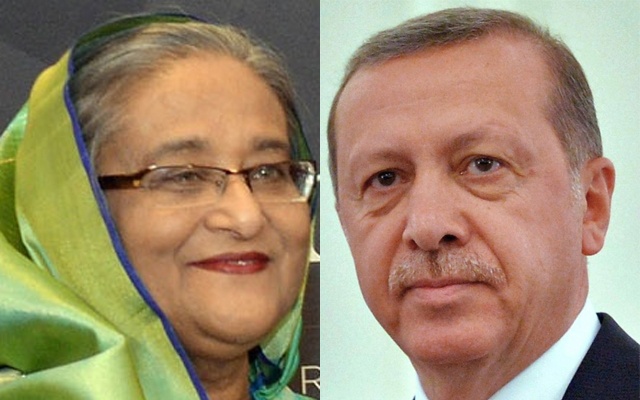 In a congratulatory letter to Turkish President Recep Tayyip Erdogan, the premier said: "It is with great pleasure that I, on behalf of my people and my government, take this opportunity to congratulate you on winning the verdict of the Turkish people in favour of constitutional amendment ushering in the Executive Presidential System."

Sheikh Hasina said the massive turnout in the referendum and the support demonstrates the trust and confidence of the Turkish people in President Erdogan's leadership.

"I sincerely hope that we would be able to take our two countries' existing brotherly relations to a new height for the mutual benefits of our people in the days to come, particularly through focusing on concrete areas of cooperation in economic, commercial, technological, educational, defense and cultural fields," she said.

The prime minister wished the Turkish president and his family good health, long life and happiness, and the brotherly people of Turkey continued peace, progress and prosperity.

In a dramatic finish to the bitterly-fought referendum campaign, the state-run news agency said Erdogan's Yes camp had won around 51 per cent while the No campaign took 49 per cent with 98 per cent of the vote counted.