How to defuse the crisis with North Korea 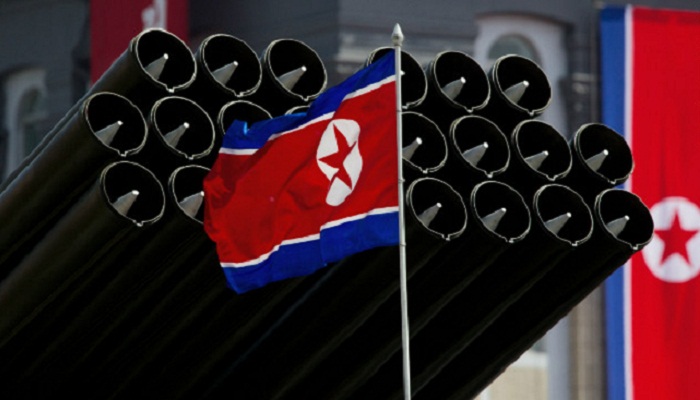 WASHINGTON: I have been meeting with North Korean government officials for over two decades, first for almost 10 years as part of my job at the State Department, and then as a researcher working at universities and think tanks. This experience has made me familiar with the North Koreans’ views on safeguarding their country’s security. I believe that President Trump is making a big mistake if he thinks that the threat of a military strike and escalating sanctions will persuade North Korea to give up its nuclear weapons.

Following a two-month review, the Trump administration has moved to implement a policy that emphasizes pressure — including the threat of military force and new sanctions against North Korea, as well as new restrictions intended to punish Chinese businesses with ties to Pyongyang. While the theory is that doing so will persuade North Korea to stop its provocative behavior, return to negotiations and give up its nuclear weapons, it won’t work that way. These threats will make the North Korean government only more likely to dig in its heels and move forward with its nuclear and missile programs, embroiling the United States in a festering crisis on the Korean Peninsula that could escalate out of control.

For more than 60 years, North Korea has successfully resisted not only pressure from great powers, mainly the United States, but also attempts at manipulation by its patrons, the Soviet Union and China. This reflects a strong nationalism but also a principle dear to the North Koreans: that as a small country in a life-or-death confrontation with the world’s most powerful nation, any display of weakness would amount to national suicide.

A longstanding, deeply ingrained view in Pyongyang is that Washington’s real agenda is to get rid of the North Korean regime because of the military threat it poses to American allies like South Korea and Japan, its widespread human rights violations and now its nuclear arsenal.

Secretary of State Rex Tillerson tried to reassure the North during his visit to Tokyo last month, saying, “North Korea and its people need not fear the United States or their neighbors in the region who seek only to live in peace with North Korea.” But Vice President Mike Pence’s assertion in Seoul this week that the United States seeks to end repression in North Korea, when viewed from Pyongyang, clearly translates into a policy of regime change.

Threats like these reinforce a view in Pyongyang that North Korea needs nuclear weapons to shield it against a much larger, much more powerful country. That’s a message I have heard repeatedly from the North Koreans, most recently in a private meeting I attended with government officials who stated that their country would not have developed nuclear weapons if it did not see the United States as a threat or had not been subjected to American and South Korean provocations. American actions in other countries — whether backing regime change in Libya or launching airstrikes against Syria for its use of chemical weapons — strengthen that view.

The Trump administration may also be mistaken if it believes that China will rein in North Korea. President Trump’s effort to establish cooperation with China, combined with the threat of American military action against the North, seems to be yielding some results, as China recently threatened to impose new sanctions on North Korea. But how far will China go?

There are legitimate concerns in Beijing that too much economic pressure on North Korea will trigger dangerous instability there. Moreover, the North Koreans are just as likely to resist Chinese strong-arm tactics as they are American pressure. Attempts by China to send top-ranking diplomats to Pyongyang over the past week were reportedly rejected out of hand by North Korea. Most observers forget that North Korea’s nuclear arsenal is aimed at China as well as the United States and its allies.

In the weeks ahead, the combination of underestimating North Korean intransigence and overestimating China’s influence will expose the Trump administration’s inability to stop North Korea’s nuclear program and could escalate tensions. Pyongyang’s bellicose statements threatening thermonuclear war, the display of new missiles at a parade this past weekend and the failed test on Sunday of a missile able to reach targets in Northeast Asia could be North Korea’s opening moves.

If the Trump administration’s current course continues, it will lead to a dead end. Pyongyang will push forward with its nuclear and missile programs, American threats will ring increasingly hollow if force is not exercised because of the very real risks of triggering a North Korean military response against South Korea and Japan, and Beijing’s support will soften as it looks for a way out of the tensions. As a result, the administration will end up trapped in a policy no-man’s land, its only options to retreat back to the Obama administration’s failed policy of “strategic patience” (without, of course, saying so) or doubling down on sanctions aimed at China and deploying more missile defense and forces to the region.

Time is not on President Trump’s side. The administration should seriously consider pivoting away from pressure to soon resuming dialogue with North Korea. In fact, the United States government should already be quietly talking to the North Koreans, either through contacts with Pyongyang’s United Nations mission or elsewhere, emphasizing Washington’s resolve to defend American interests and making clear that the United States does not have hostile intentions toward North Korea. The Americans should also make clear that they want to explore peaceful paths forward.

The next step for the administration should be to initiate “talks about talks,” allowing both sides to raise their concerns — in the case of the United States, North Korea’s nuclear and missile programs. If common ground is found — and if the North is willing to address the objective of eventually achieving a nuclear-free Korean Peninsula — the two would then move on to the resumption of formal negotiations.

There are no guarantees that this approach will work. But the Trump administration’s constant refrain that “all options are on the table” should mean just that — not only a military strike but also a diplomatic offensive. In doing so, President Trump would avoid the policy quagmire just over the horizon, strengthen cooperation with China and give Pyongyang a face-saving way out of the current confrontation before it’s too late.