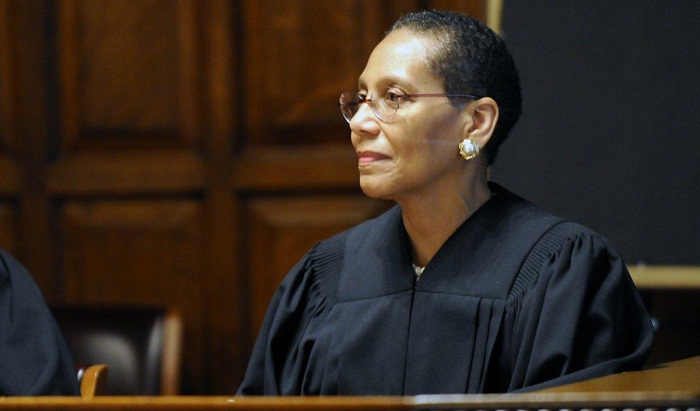 After declaring that the death of Judge Sheila Abdus-Salaam, whose body was found floating in the Hudson River last week, was likely a suicide, the NYPD made a public pivot Tuesday — announcing that Abdus-Salaam's death was "suspicious." While this may have been a shift for the NYPD, curious outsiders who've been following the case were suspicious from the moment they first heard about the circumstances.

People commit suicide. Many times when it happens, it shocks the hell out of family and friends — who often refuse to believe that the person they knew and loved would ever take their own life.

Sheila Abdus-Salaam may have very well taken her own life. Reports have suggested she struggled with depression and was taking new medications for it a few weeks ago. And the truth is that none of us have any idea what in the world was going on in her own mind in the days and hours before her death. Issues of depression, suicide and even counseling are still far too taboo in this nation — doubly so in many black communities. I'll admit that even my own initial gut reaction was, "No way a 65-year-old black woman took her own life." But that reaction denies Judge Abdus-Salaam the full three-dimensional humanity she deserves. It erases the possibilities of her struggles. Black women can be depressed. Successful black women can be depressed and they can commit suicide. That may have happened here and it's inappropriate to fully deny that possibility.

However, the death of Judge Abdus-Salaam brings several painful elephants in the room to the surface that we must address. They may not ultimately apply to her in this case, but the fact that they are on many of our minds, and serve as a subtle subtext for why this case has the notoriety it does, should be explored.

Judge Abdus-Salaam was the first African-American woman to serve on New York's highest court. She was often mentioned as the nation's first female Muslim judge, but while her first husband was Muslim and she took his surname, she never converted. She also had a hard-earned reputation for fighting against corruption and police brutality. All of those factors are relevant.

I won't speak for anyone other than myself here, but if I removed each of those signifiers one by one, I'd be less and less suspicious. Reports of hate crimes have skyrocketed last year and early this year in New York City.

Just last month a white man traveled from Maryland to Manhattan for the sole purpose of targeting and killing African-Americans, which he delivered on — so the fact that Judge Abdus-Salaam was black in a time and place where violent anti-blackness is very real concerns me. Again, maybe that's not at play here, but what's disturbing is that we live in a nation where it very well could be.

We also live in a day and age where violence against women is not only perpetuated, but dismissed and given little more than a wink and a nod from the President of the United States on down.

Lastly, the fact that Judge Abdus-Salaam fought against issues like corruption and police brutality throughout her career matters. Bold judges, particularly a bold black woman, could always be a target.

What I am saying is that if Judge Abdus-Salaam was a white atheist man who simply went with the flow of society instead of against it, my base level suspicions surrounding her death simply wouldn't be as high as they are right now. But she was none of those things. She was a black woman in an age of anti-blackness and white supremacy. She was a woman in an age where violence against women is too often dismissed. She was an anti-corruption judge in a time where our President and his team are under criminal investigation by the FBI.

Sheila Abdus-Salaam may have very well chosen to check out of this world. That was her decision to make, but the troubling reality is that we live in a time where many ugly forces of evil could've also seen her as a threat and killed her. Here's to hoping we get to the bottom of it.