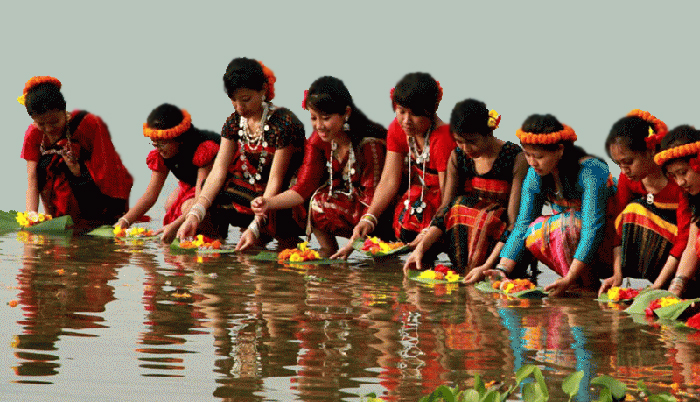 The word Boisabi is a combination of the Bengali acronyms for various indigenous festivals like Boishuk of the Tripuras, Sangrai of the Marmas, and Bizu of the Chakmas.

On the occasion, indigenous people floated flowers in the lake in Rangamati early in the morning on the first day of the three-day traditional festival across Rangamati, Khagrachhari and Bandarban.

On the first day of the festival, people float flowers in rivers or spring water and take bath, seeking divine blessings for their peace and prosperity.

Traditionally, it is a cultural-cum-religious festival of the indigenous people, but now it is now enjoyed by Bangalees as well.