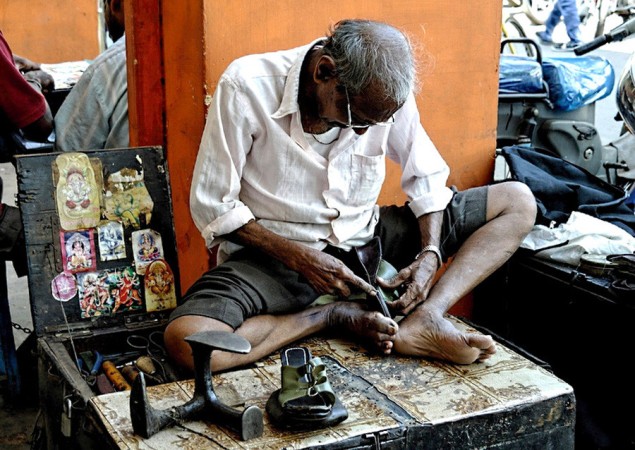 A cobbler from Indian town of Junagadh received a notice from the income tax department, in which he was asked to divulge the source of Rs 10 lakh deposited in his account during the demonetisation period, although he has denied making any such transaction, Hindustan Times reports.

Mansukh Makwana (55), who mends shoes for a living at the MG Road in the city, got the shock of his life when he received the notice on Saturday. It was delivered to him on the pavement, where he earns his livelihood.

“I am shocked beyond words. I have never in my life made so much money. I hardly make Rs 200 a day, then how can I deposit such a huge amount? The notice scared me to the point that I felt like committing suicide,” Makwana said.

Makwana, who is from the nearby Chimbawadi village and has been working at the same spot in Junagadh town since the last 25 years, said he has a Jan Dhan account in Bank of Baroda.

Junagadh MLA from BJP Mahendra Mashru, who rushed to meet the cobbler, said Makwana might have received the notice due to some technical issue on the part of the IT department.

He claimed that there was no evidence of any dubious transaction in Makwana’s bank account, and has assured to accompany him to the IT department for reply if needed.

Under the Operation Clean Money, the IT department is sending notices to people whose transactions conducted during the demonetisation period did not match their tax profile, using data analytics.