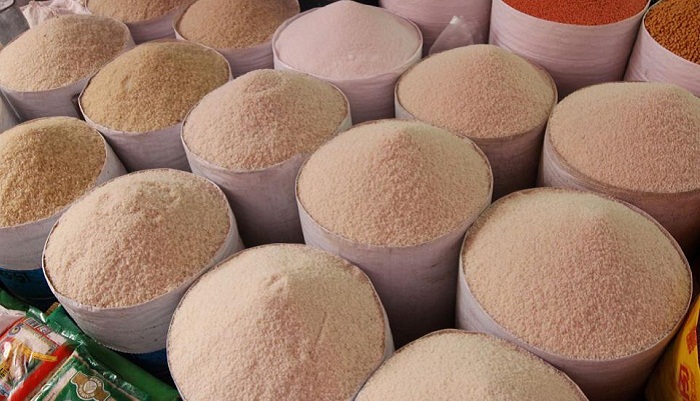 Rice millers and traders have been making huge profits as the price of the main staple food keeps soaring, putting pressure on the wallets of the fixed-income group.

Rice prices, especially for the coarse and medium quality, jumped by Tk 8-10 a kg in the last couple of months. The item is currently selling at Tk 40-45 in the retail markets.

Medium quality Brridhan-28 and Kajol Lata were selling at Tk 44-46 a kg and the coarse rice was retiling at Tk 40-41 per kg on Sunday while the finer variety like Miniket is selling at Tk 52-55 a kg in the capital.

Humayun Kabir Bhuiyan, secretary of Consumers’ Association of Bangladesh (CAB) said, “Prices of coarse and medium quality rice soared by Tk 8-10 a kg in the city. The rise in the prices adds to the hardship of the commoners who are already affected by the price spiral of fish, meat and other essentials.”

“A section of businessmen are making huge profits from the hike in rice prices, especially on the coarse and medium varieties,” he said, adding that the government should monitor the market and form a committee at the commerce ministry to find out the reason behind the price hike of rice.

He said the absence of market intervention by the government, lack of dynamic marketing policy and monopoly of the big millers are responsible for the price spiral.

Mohammad Faruk Hossain of Kamal Rice Agency at Karwan Bazar kitchen market said the prices of coarse and other varieties increased in the market due to a supply crunch.

The country’s rice production in FY 16 was 34.57 million tonnes against the demand of 31.0 million tonnes, according to Bangladesh Bureau of Statistics and Directorate General of Food (DGoF).

According to Department of Agriculture Marketing (DAM), coarse rice price was Tk 38 per kg and the price of medium quality rice was TK 40 per kg on Sunday. However, the price has been found to be slightly higher than the official market report.

Many retailers and consumers believe that a nexus between the rice mill owners and hoarders are responsible for the hike in rice price.

Md Layek Ali, general secretary of Bangladesh Auto, Major and Husking Mills Association, however, said a supply shortage of paddy coupled with higher price is responsible for the rise in the retail prices.

“Rice price of will come down soon after the start of Boro harvest,” he said.

“Only 10-15 husking mills are running their production while the remaining mills have postponed their production due to crisis of paddy,” he said, adding that paddy price has jumped to Tk 1050 per mound from Tk 850 last year. He also blamed government for increasing the rice procurement price and suggested to launch OMS sales of rice.