A debt is a debt: IMF Chief to Greece 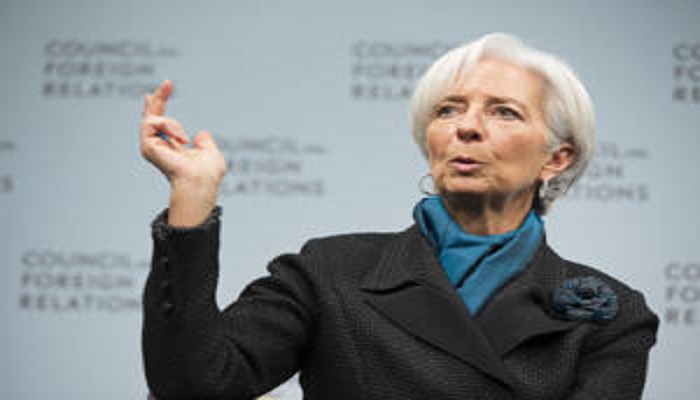 Dublin:  IMF chief Christine Lagarde on Monday warned of "consequences" if European countries try to renegotiate their debts, ahead of Greek elections which an anti-austerity party is tipped to win.
"Collective endeavours are welcome but at the same time a debt is a debt and it is a contract," the International Monetary Fund's Lagarde told the Irish Times during a visit to Dublin.
"Defaulting, restructuring, changing the terms has consequences on the signature and the confidence in the signature," she said.
Alexis Tsipras, the head of the anti-austerity Syriza coalition, has called for the renegotiation of the terms of the Greek bailout set by its main creditors - the IMF and the European Union - and a
partial cancellation of its enormous public debt.
He has called for a conference of creditors and frequently refers to the London Conference in 1953 which cancelled German debt after World War II.
Yannis Dragasakis, a Syriza lawmaker and deputy speaker of parliament, reacted to Ms Lagarde's comments.
"It is necessary to adjust the debt because it is not currently sustainable. The Greek economy has suffered a disaster and its capabilities are currently limited," he said.
"Our proposal does not solely concern Greek debt, but the problem of excessive debt facing many European countries," he said.
At a press conference later on Monday, Ms Lagarde talked about the European Central Bank's planned quantitative easing programme.
Asked whether the measures might further undermine the fiscal credibility of heavily indebted EU states, she said: "The more efficient it is, the more mutualisation there is, the better."
Ms Lagarde also met with Irish Finance Minister Michael Noonan and urged Ireland to hold on to hard-won gains at a time when the eurozone country is ending budget austerity and returning to economic growth.
"What I hope is that all the efforts and all the sacrifices that were made in the last five years will not be in vain and will not be wasted by excessive measures," she said.
"I would trust the wisdom of the Irish people to see what is in the best interest of the country and of the economy and of the people of Ireland."