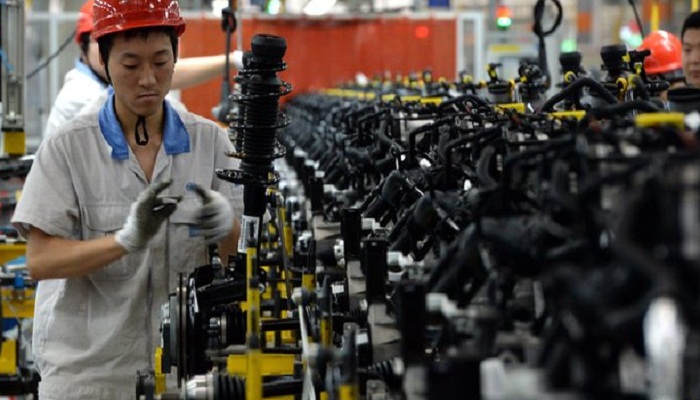 China’s economic growth slowed to its weakest in 24 years, expanding 7.4% in 2014 from 7.7% in 2013.
Growth in the world’s second largest economy missed its official annual growth target of 7.5% for the first time in 15 years.
But, the annual growth figures still came in higher than market expectations of about 7.2%.
The economy expanded by 7.3% in the October-to-December period from a year earlier.
That fourth quarter growth was unchanged from the previous three months, but also slightly above economists’ expectations.
‘Resilient’ economy
Frederic Neumann, co-head of Asian economic research at HSBC said the Chinese economy is proving to be more resilient than expected.
“Although, at 7.3% last quarter, growth isn’t as spectacular as over the past decade, it is still among the world’s fastest,” he told the BBC.
“Especially reassuring is that retail sales and industrial production accelerated in December from the prior year, giving China a bit more momentum heading into the year of the goat.”
China’s retail sales rose 11.9% last month from a year earlier, while factory output rose 7.9% in the same period. Both economic measures beat forecasts.
Alaistair Chan, economist at Moody’s Analytics said the growth figures were helped by the acceleration in factory production, showing that the economy has been able to manage the transition away from its cooling housing market.