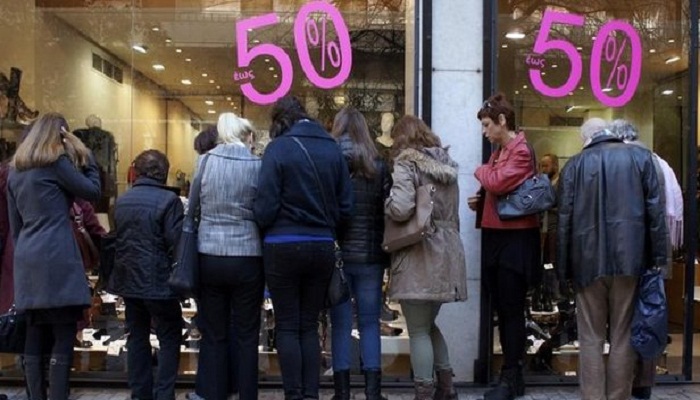 The recovery in the eurozone is expected to continue, but not strongly

The International Monetary Fund (IMF) has lowered its forecast for global economic growth for this year and next.
The IMF now expects growth of 3.5% this year, compared with the previous estimate of 3.8% which it made in October.
The growth forecast for 2016 has also been cut, to 3.7%.
The downgrade to the forecasts comes despite one major boost for the global economy - the sharp fall in oil prices, which is positive for most countries.
The IMF expects that to be more than offset by negative factors, notably weaker investment.
That in turn reflects diminished expectations about the growth prospects for many developed and emerging economies over the next few years. If business expects weaker growth, there is less opportunity to sell goods and services and so less incentive to invest.
Deflation concerns
The eurozone is a case in point. The IMF does expect the recovery there to continue, but not strongly. It is estimating growth of 1.2% in the euro area this year and 1.4% in 2016.
For the European Central Bank, the immediate priority is to tackle the deflation, or falling prices, now under way.
Speaking to the BBC, the IMF’s chief economist, Olivier Blanchard, said deflation was an adverse and worrying force, but it was “not the kiss of death… in itself, it’s not going to derail the recovery”.
However, he acknowledged that it was possible that deflation could set off the eurozone’s debt crisis once again. Falling prices are particular problem for debtors, because their incomes - or for governments, their tax revenues - may fall, but the debt payments often do not.
The slowdown in China is another factor behind the revised forecasts. On Tuesday, official figures showed that China’s growth slowed to 7.4% last year, from 7.7% in 2013.
Next year, the IMF growth forecast for China is 6.3%, compared with an average of 10% over the three decades up to 2010.
Mr Blanchard said the IMF was “fairly confident that is going to be an orderly slowdown”. The report says that slower growth in China will have important effects in other emerging economies in Asia.
US strength
The sharpest downgrade of all is for Russia, which is forecast to see its economy contract by 3% this year and 1% next. That is the result of the fall in oil prices and what the report calls increased geopolitical tensions - in other words, the crisis in Ukraine and Western sanctions on Russia.
There is also a sharp downgrade for Nigeria, another oil exporter, although even the revised forecast of 4.8% for 2015 still shows strong growth. Without the downgrade, Nigeria’s growth would have been very impressive.
There are some exceptions to the pattern of more downbeat forecasts. The major one is the United States, now forecast to grow at 3.6% this year and 3.3% in 2016.
This is well below China’s figures, even allowing for the slowdown, but that is to be expected. Emerging economies can grow more rapidly by adopting technology that’s already established in richer nations.
For the UK, the forecast for this year is unchanged at 2.7% and is cut slightly to 2.4% for 2016. Mr Blanchard sees the outlook for the UK as favourable, but he said that the weakness of the eurozone could act as “brake” on the British economy.
Crisis over?
So six years on from the most intense phase of the global financial crisis, to what extent have we put it behind us?
Mr Blanchard told the BBC that many countries have, for all practical purposes, done so - notably the US.
But there is another legacy “cramping the style of a number of countries which have very high debt and have to be careful”. He says this will take a very long time to rectify. He describes Japan as an extreme example.
His overall assessment: “Some of the legacies are going away. Some of the legacies will take a long time. Things are improving. Not quite as quickly as we would dream, but they do.”