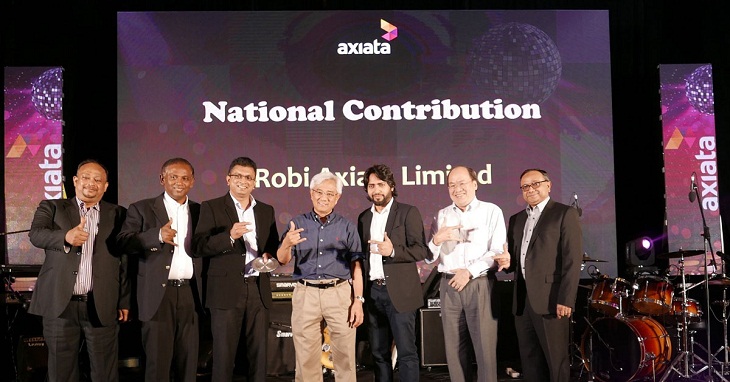 The operator has also won the National Contribution Award for leveraging the power of internet in delivering quality educational content to everyone through Robi-10 Minute School.

The winner of the Best People Management Award- Robi, had the best "people management score" among all the other operating companies of Axiata Group Berhad.

The score was determined based on the assessment of key HR areas of all the Axiata's operating companies. The assessment was conducted by internationally reputed organization, Willis Towers Watson.

At the same forum, Robi has won the National Contribution award on account of Robi-10 Minute School (www.10minuteschool.com) being the biggest online school in Bangladesh with over 30,126 enrolled students and 317,431 active followers on Facebook.

Since June 2016, the platform started utilizing the "Facebook Live for everyone" feature to broadcast live classes for students across the country via Facebook.

Currently 229,445 students are joining the Live Classes regularly. The live classes are broadcast every day. On an average more than 10,000 students are attending the LIVE classes on Facebook; but, that's not it- 88,682 YouTube subscribers are also enjoying the Robi-10 Minute School learning video contents at their convenience.

As one of the largest Asian telecommunication companies, Axiata today operates in ten countries, servicing over 300 million subscribers. Axiata Group of companies operate under the brand name of 'Celcom' in Malaysia, 'XL' in Indonesia, 'Dialog' in Sri Lanka, 'Robi' in Bangladesh, 'Smart' in Cambodia and 'Ncell' in Nepal. The Group also holds strategic interests in 'Idea' in India and 'M1' in Singapore.