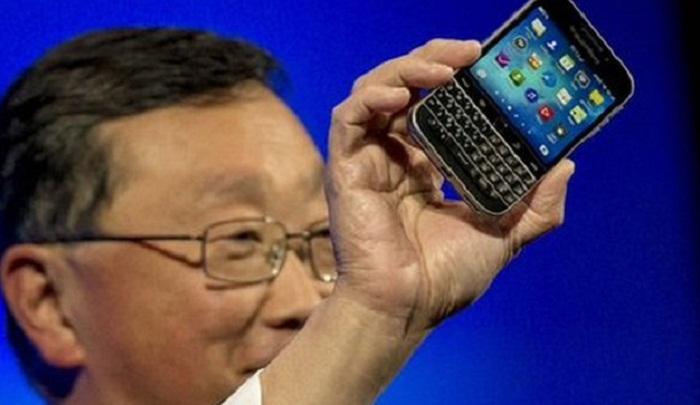 SEOUL: A report that Korean smartphone giant Samsung had offered to buy struggling rival BlackBerry for as much as $7.5bn (£4.92bn) saw the Canadian firm's shares rise 30% in US trade.
According to Reuters, executives from both firms met last week to discuss a potential deal.
Blackberry's share price surge was the firm's biggest gain in about a decade.
Samsung said in an email it could "confirm media reports of the acquisition are groundless".
Earlier Blackberry had said in an email that it was "aware of certain press reports" about an offer from Samsung but confirmed it had "not engaged in discussions with Samsung with respect to any possible offer to purchase".
The Canadian's firm's shares later retreated in late trade in the US on Wednesday.
In December, Blackberry reported a larger-than-expected drop in revenue during the third quarter.
The firm's revenue fell to $793m (£507m) from $1.19bn a year earlier, missing analyst expectations.
At the time, the firm's chief executive John Chen said the revenue figure was "not satisfying".
However, he added then that he thought Blackberry might be able to stabilise and grow its revenues by 2016, but that he could not promise profitability.
Blackberry once claimed about 50% of the smartphone market in the US.